These last few months I've had the new experience of planting peanuts in Kongoloti! 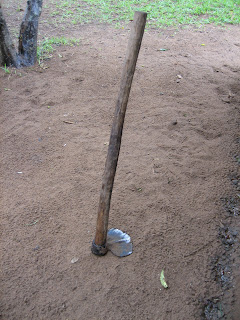 I discovered that the enxada is the tool of choice for peanut planting. 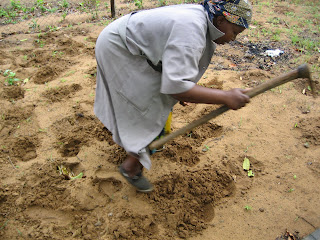 Mama Henriquetta took me under her wing and showed me how it was done. 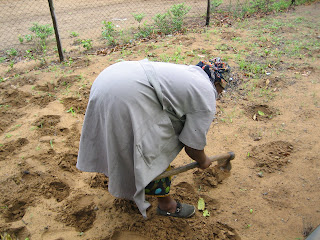 She dug shallow holes with the enxada, and then dropped one peanut into each hole. 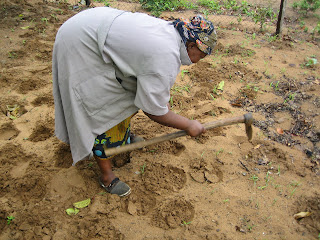 
"Working in the fields is hard, but hunger is harder." 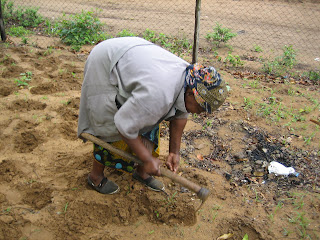 The work is hard indeed.

After Mama Henriquetta showed me how to do it, I was able to plant my own crop of peanuts. "Unless a grain of wheat (or peanut) falls into the ground and dies, it remains alone; but if it dies, it produces much grain (or many peanuts)." John 12:24 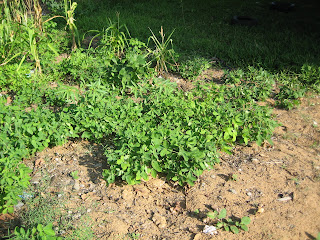 The Changana word for a plot of ground that is used for farming is, machamba.


This last week when I was with the women in Kongoloti, someone had pulled some peanuts out of the ground, and I asked if they came from the ones I had planted. Mama Henriquetta said nonchalantly, "No, no, those aren't from Aimee's machamba."
I don't think she'll ever know how thrilled I was to hear her call it, "Aimee's machamba" Even though it's tiny...it's my very own machamba! 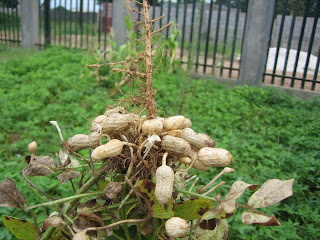 One peanut fell into the ground and died, and it produced many more peanuts.


May we be like peanuts that die, that many more may be produced...