Ministry and Sickness in Zambezia

Thank you to all those who have been praying. ﻿

I went to visit and share with churches in the northern Mozambican province of Zambezia. ﻿ 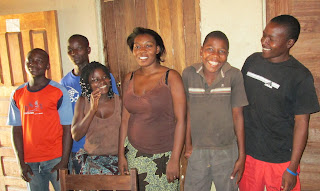 I stayed with Elina and family, while her husband, Pastor Juka, made his first ministry trip to Brazil to visit our partner church there.
I was so blessed to share about Christ with 5 churches in very far out areas. I traveled by motorcycle with the guy in the blue shirt in the photo above.
One of my favorite things in this world is a coffee milkshake. 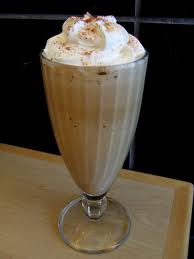 One day when I got home from one of the churches feeling hot, dirty, tired, and hungry, I wrote this down...
"To do the will of God is better than all the coffee milkshakes in the world."
I know this may seem silly, and I don't know what some of your "favorite things" are, but I do know that obeying God's will for your life is so much better.
At one of the churches, two local chiefs came out to hear me speak. I shared the Gospel and I shared about how Christ had transformed my life. I said that God not only wants to forgive us, but that He wants to speak to each of us, to guide us, to bless us, and use us.
I don't know what impact this had on those two chiefs, or with any other person at the church meetings, but I was reminded of a story I heard from a Mozambican pastor.
He had the opportunity to go to Brazil to speak in some churches. At one meeting, a local Brazilian, who was leading a violent and drunken life, came out of curiosity "just to see the African man."
The Brazilian man gave his heart to Christ, his life was transformed, and he became a pastor.
11 years later, the Mozambican pastor returned to Brazil, and he spoke in that same church. That man approached him after the sermon and asked the Mozambican pastor if remembered him, which he did not.
The Brazilian man then told him that he remembered what he had said like it was yesterday, and he told of how God had touched his heart, changed his life, and how he had been pastoring his own church for the last 11 years.
The Mozambican pastor was shocked. A Brazilian man who had just come to "see an African man" was met by God.
I thought to myself, maybe the Mozambican chiefs came out of curiosity just to "see the American lady," and maybe God would also meet with them.
Sickness
After my first week of ministry, one night I began to have a very high fever, nausea, dizziness, chills, and could not keep anything down or in me. After several hours of this, I became very weak and I woke up Elina, who she saw that I needed to get to the rural health post.
Since the only mode of transport was motorcycle, and I did not have enough strength to sit up and hold on, the driver sat in the front, I sat in the middle, and Elina sat behind me to hold me up...like a sick Aimee sandwich. Amazingly the motorcycle held up, and thankfully we arrived at the health post just before the tire blew out.
The only test they were able to perform was the basic malaria test, which came back negative. But they thought that all my symptoms pointed to malaria, and that the test just didn't catch it, so they prescribed anti-malaria medication, as well as a general antibiotic in case I had a bacterial infection.

When we got back home, Elina put me on a reed mat at the door of the house so that I could get some more air, since it was extremely hot. This is where I lay the next few days. I took the medications for the next three days, but did not get better.

One of the most beautiful things about Mozambican culture is that it is important to not leave people alone. Someone always sat with me or stayed with me.

One of the drawbacks to this was that even the smell of food made me vomit, and one evening I vomited in the middle of the house as dinner was being put on table. I staggered outside to get some fresh air, but so that culturally I wouldn't be left alone, the family brought their plates outside to eat around me...at which point I vomited two more times.  I explained that my stomach could not be near food, and as hard as it was, they finally allowed to me to go to a corner by myself so my stomach could settle.
Two more days passed after I finished the medications, but I was still not able to keep anything down or in. I had lost quite a bit of weight and I was very weak. I decided, along with my team, that I needed to be flown out.
Mercy Air (http://www.mercyair.org/) flew me from Mocuba to Maputo.
I was able to get an IV at a health institute in Maputo and they did a number of tests. They re-confirmed that I did not have malaria. They said that it could have been a virus and that the anti-malaria medication and antibiotics had greatly aggravated it.
I want to thank those who have been praying as I regain strength and recuperate.

It continues to be true for me, that doing the will of God is better than all the coffee milkshakes in the world.
Posted by Aimee Howarth at 8.12.12