Ministry and Land in Inhambane

Together with Pastor Abel and a young man from his church named Joao, we traveled to Inhambane to do the leadership training, women's Bible study, and Chronological Bible storytelling.

I stayed in Quissico with Diolinda, the younger sister of Palmira and Jesuita, who is on the left eating her breakfast of shaved cassava in hot water. 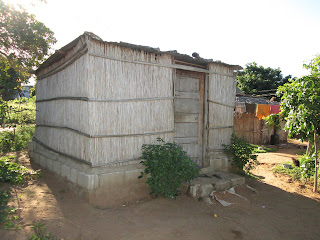 Diolinda, now in the 10th grade, lives in the same reed house that Palmira and Jesuita lived in when they were studying at the high school. 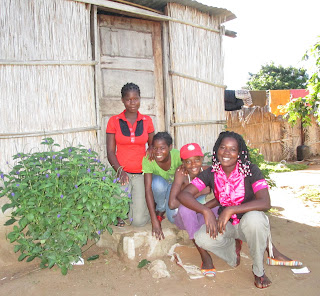 My four student housemates
After I had a full day of house-to-house visits into the far out bush of Nyamadjeho, two of the students gave me a late night Txitxopi language lesson by candlelight, where I learned how to say important things like... 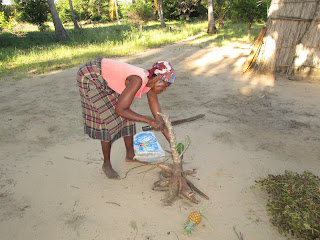 One of the women we visited to pray for was Mama Magarita. 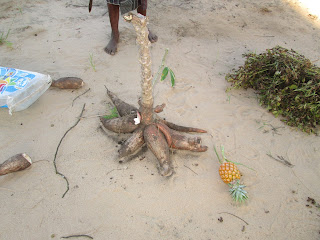 We walked far out to her field and she pulled up some cassava, and a small sweet pineapple to thank us for our visit.﻿ 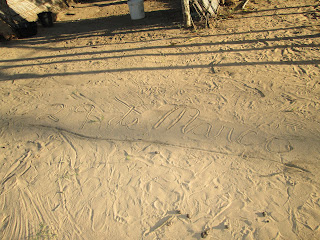 I invited her to the next women's Bible study writing the date in the ground with a stick.

Before leaving for the US last year, I moved to Inhambane city for around 5 months to see if that would be a good place for me to live in the future.

However, most of the people that we have been working with, and the 2 churches that have been planted, are based in the district of Zavala. Inhambane city is quite far from this area, and as much as I enjoyed living there, it would not be the best place for me to live.

Along with my Mozambican and missionary colleagues, I began looking for land in the central part of Zavala, the municipality of Quissico.


My colleagues from Maputo, Larry and Melvin, joined Pastor Abel and I to see some land we found that was being sold by a local man we met in Quissico.﻿