I've just returned from a ministry trip to the province of Zambezia, where I visited Mozambican missionaries from the Palavra Viva church in Maputo, Pr. Juka and Elina Fernando. 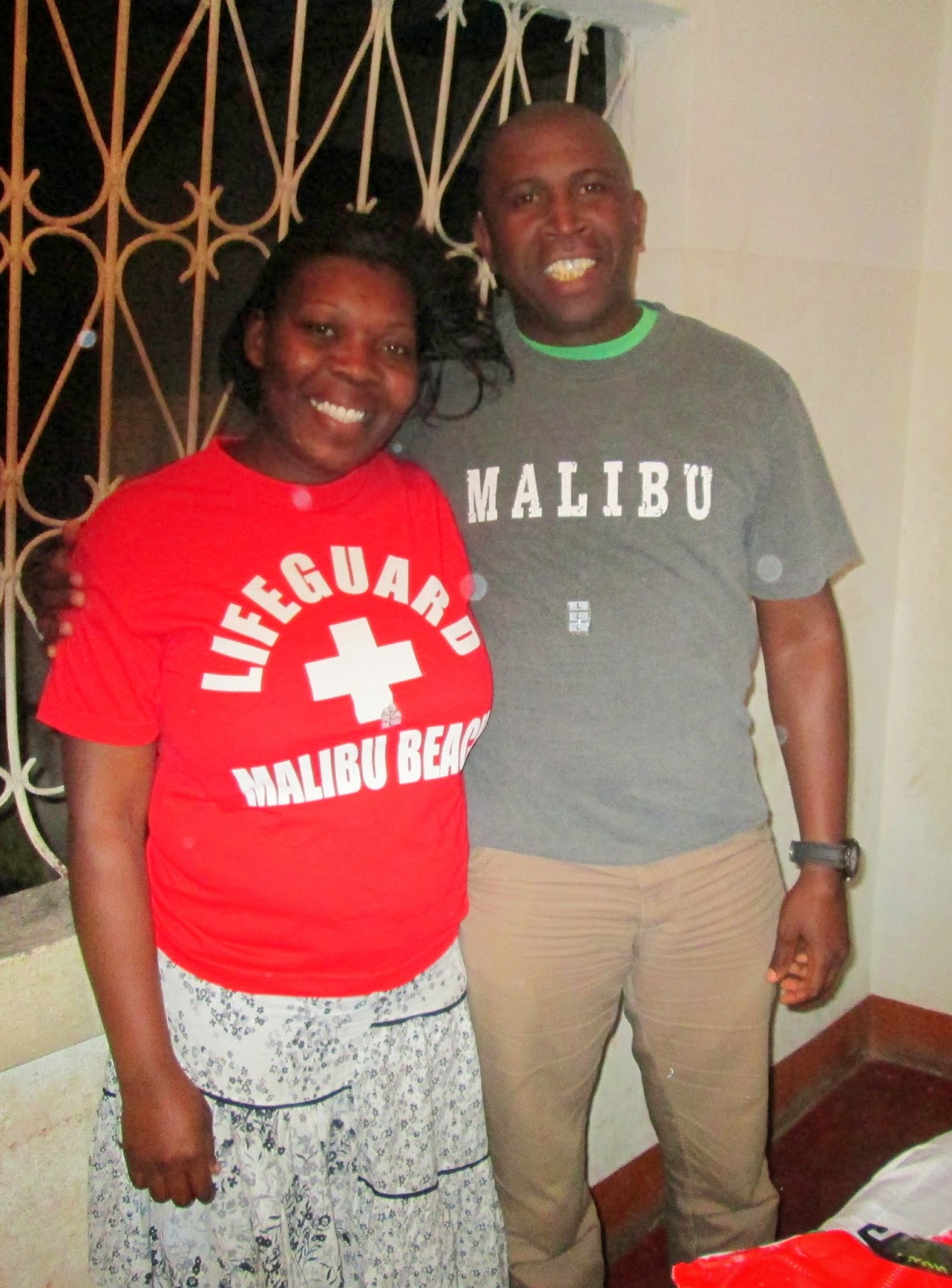 Here they are looking like Malibu locals in Mocuba, thanks to some shirts from my Dad. 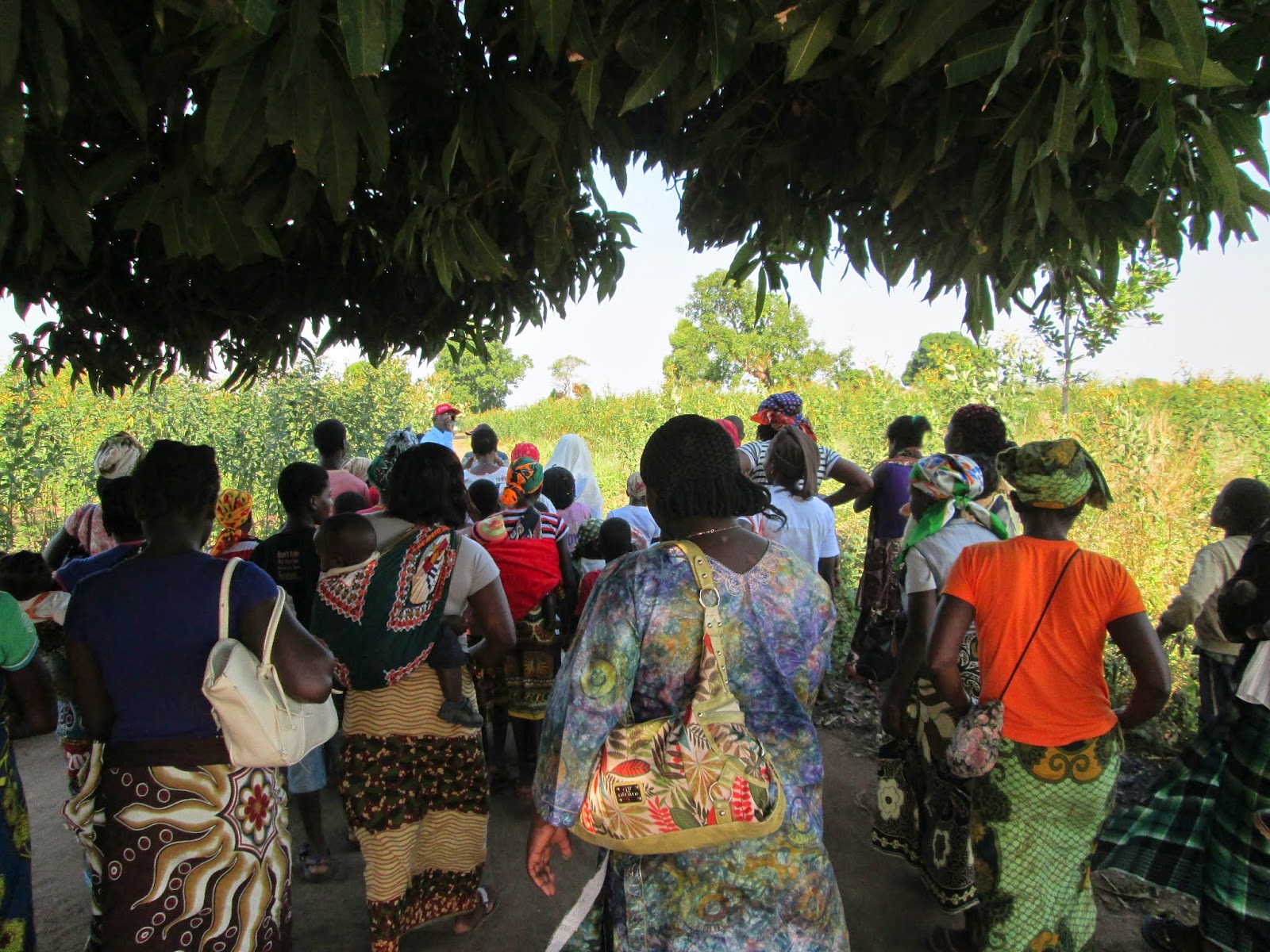 Pr. Juka, along with his wife Elina, has been preaching the Gospel and planting churches in Mocuba for the past 5 years. They will now be transitioning back to serve in Maputo.

Another local pastor who has studied at the seminary in Maputo will now be taking the lead in this area. Please pray for Pr. Dinis and his wife Matilde, with their 3 boys. 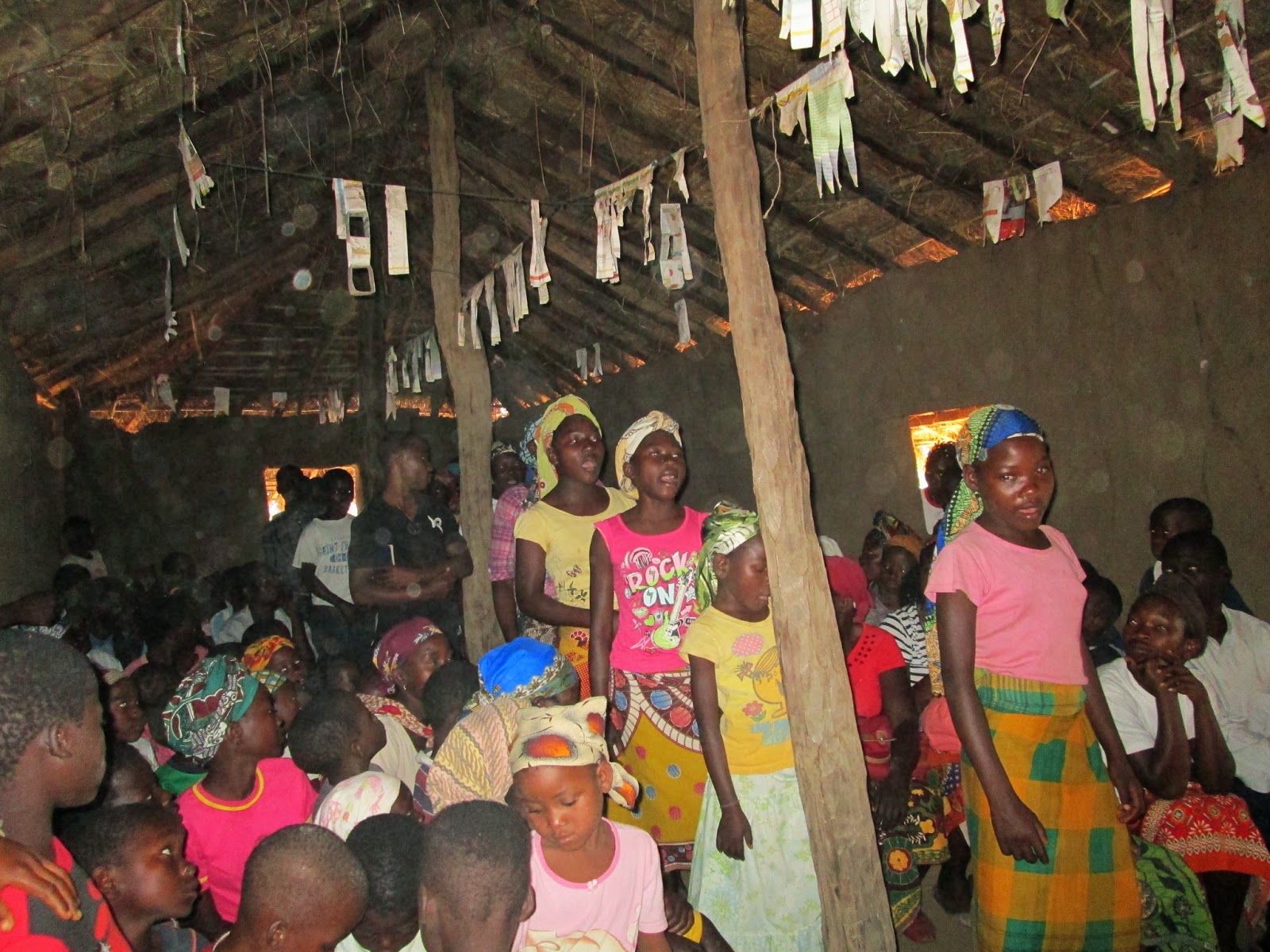 Pr. Juka and Elina are very loved and they will be missed much by their Christian brothers and sisters in Mocuba. 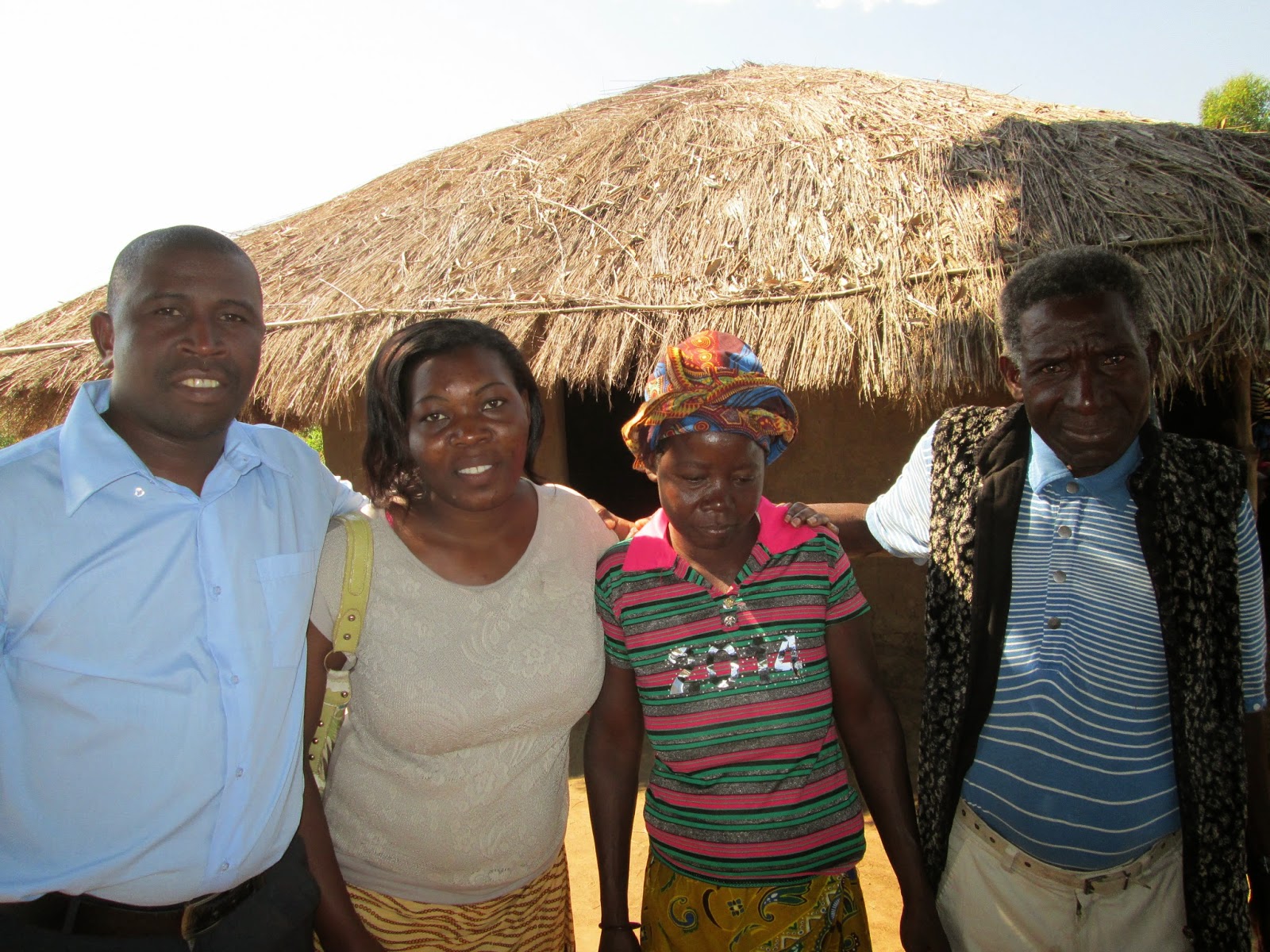 I had the opportunity to visit and meet with some of the leaders to talk about the transition of leadership and to encourage them to remain faithful in following Christ. 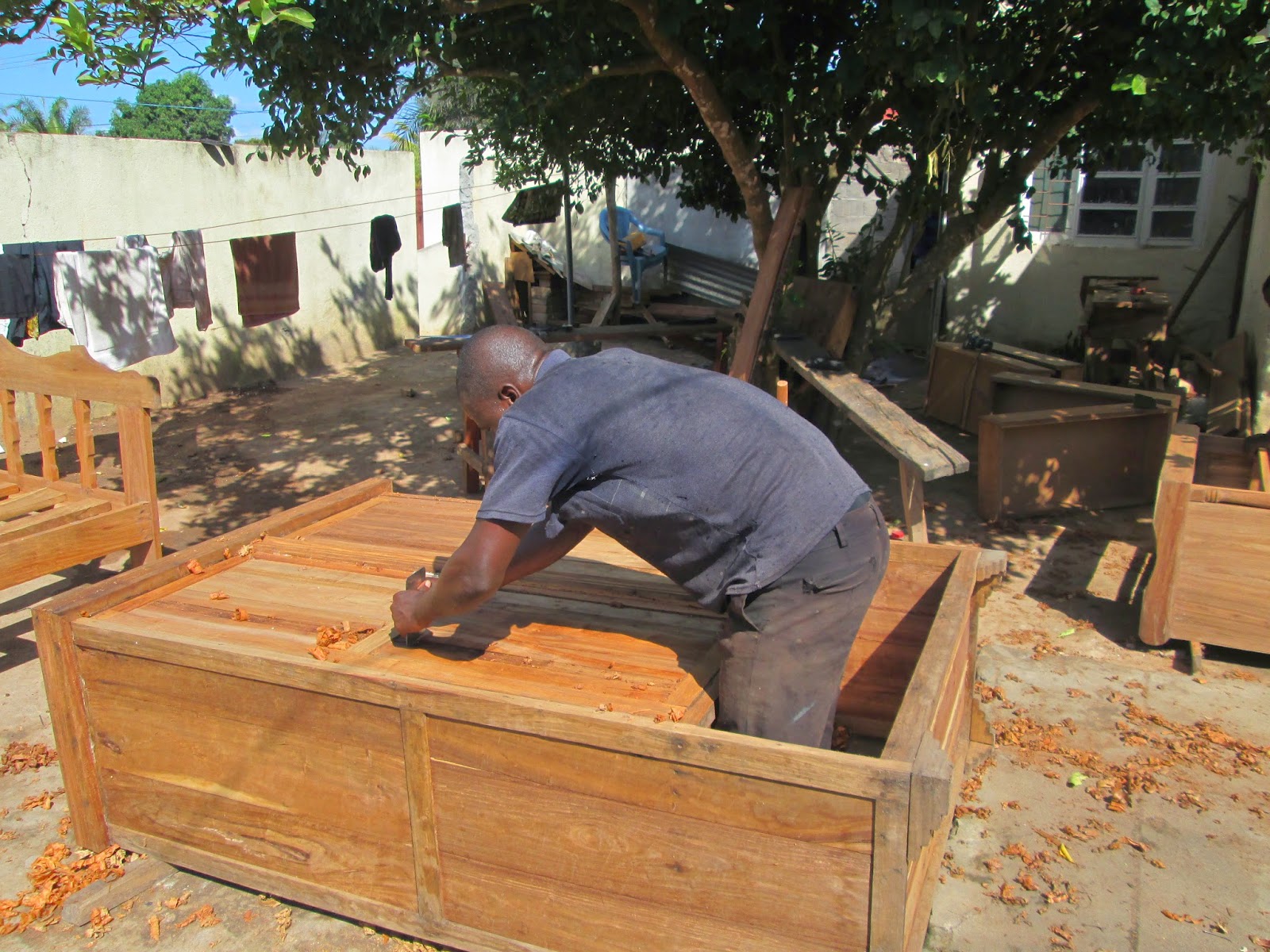 While in Mocuba, Juka started a carpentry business, which he officially registered with the government. This business will continue with the local men he has trained, and I have asked them to make all the furniture for the ministry house in Inhambane! 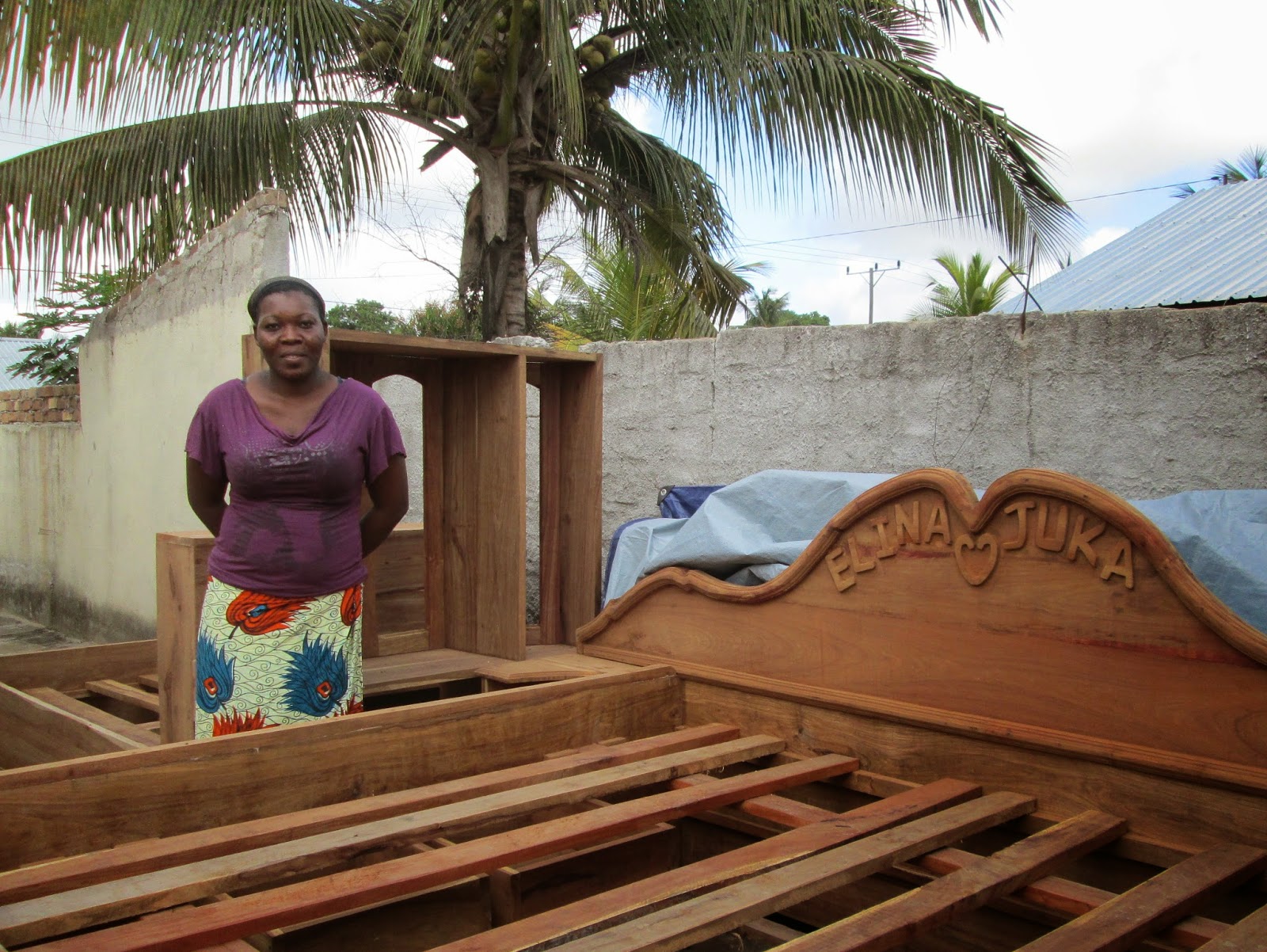 The beautiful bed Juka made as a gift for his wife, Elina. 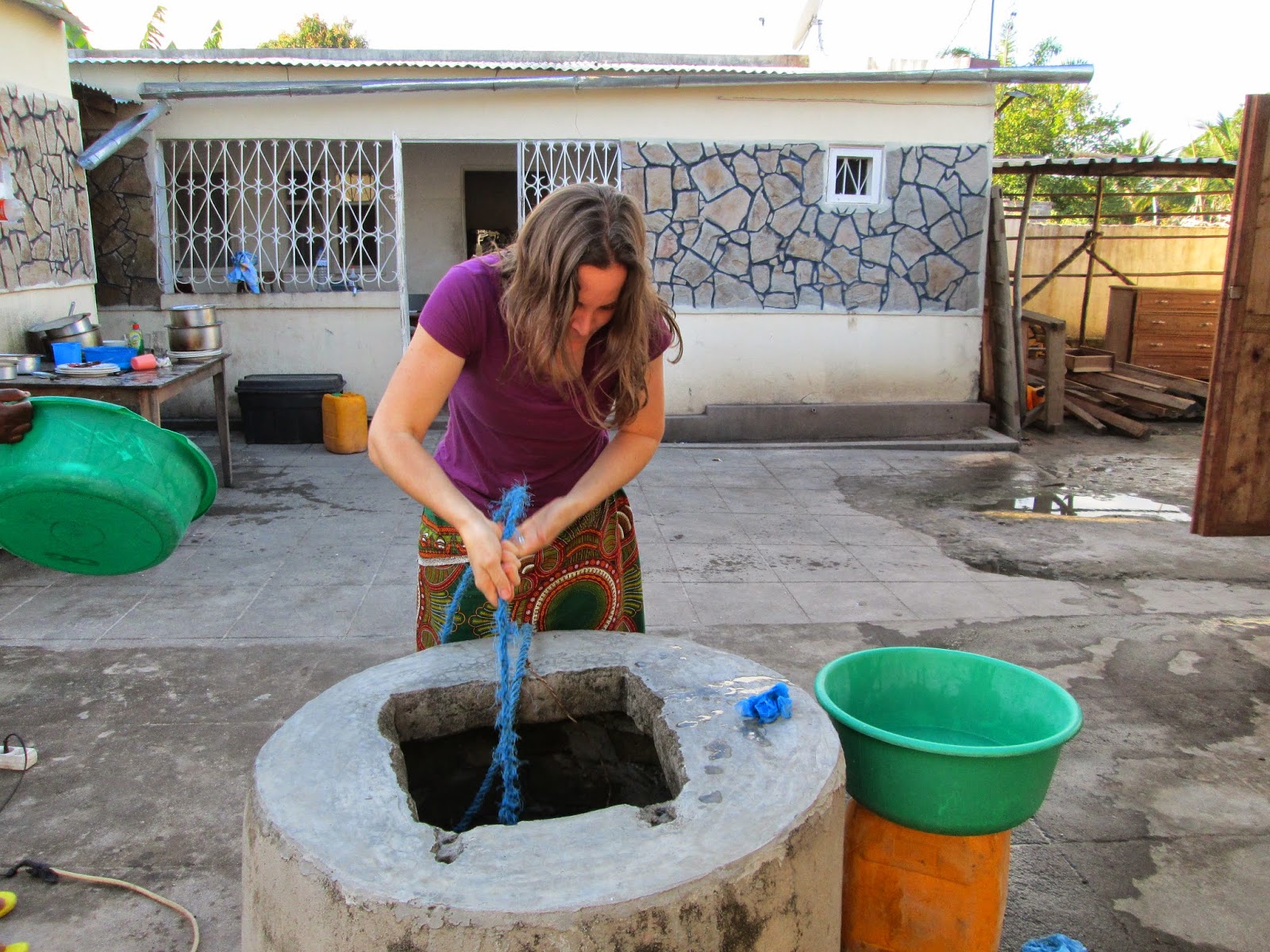 While in the home, I did some tasks with the women. We got water from a well for cooking, washing, etc... 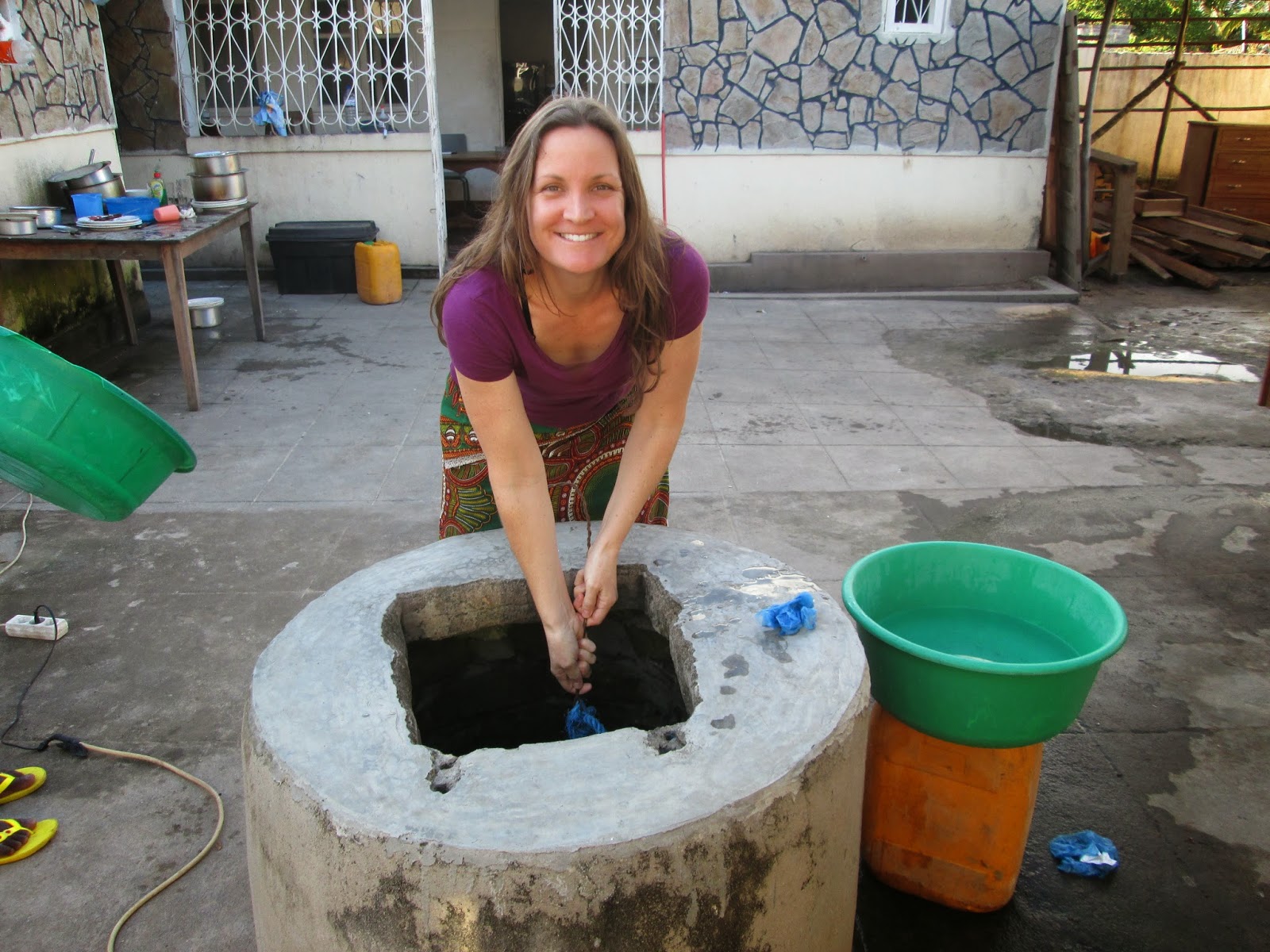 Since the water basin had to be filled frequently, I asked if we could play a game to see who could fill the basin the fastest time... 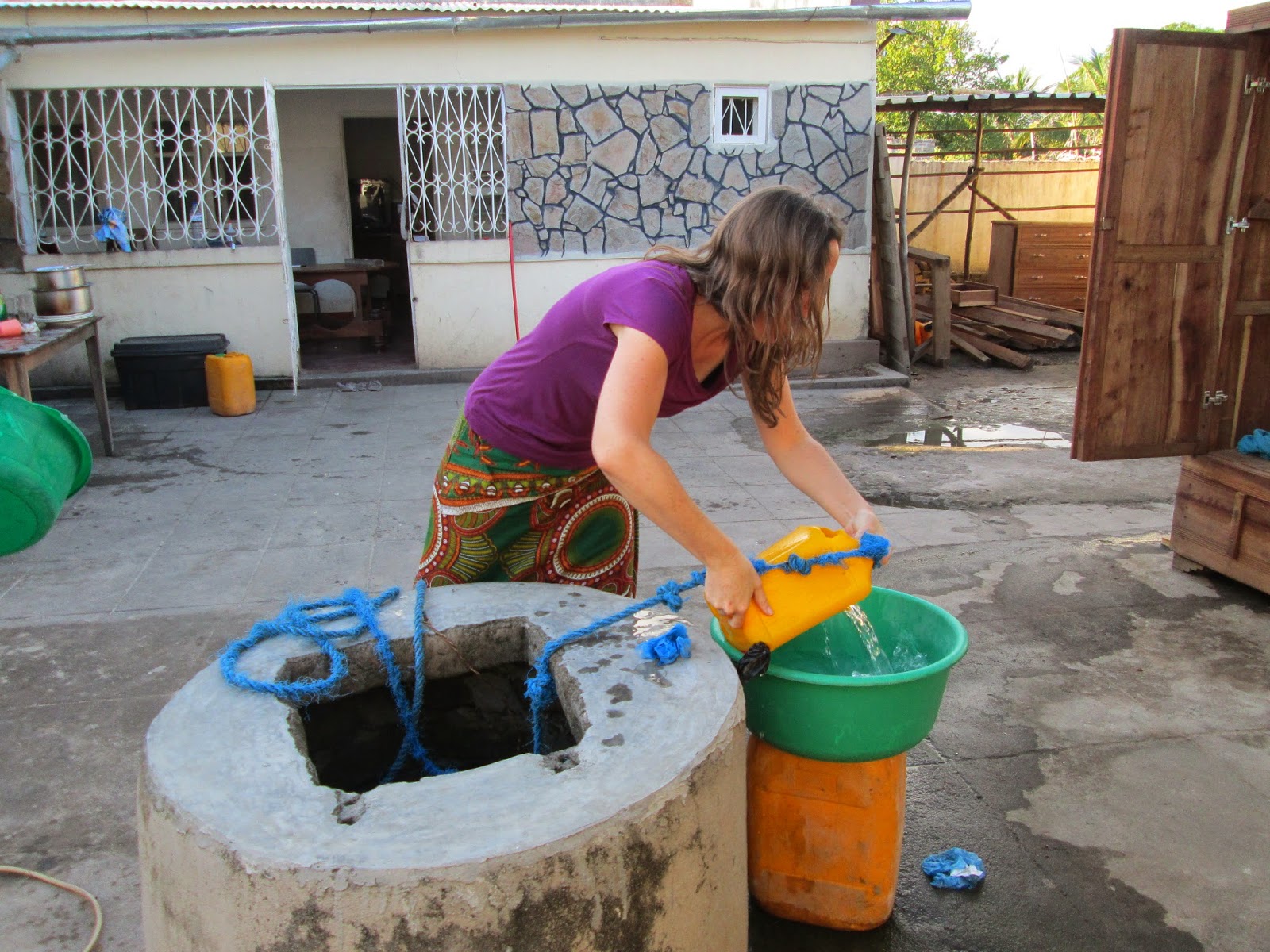 I got my timer out, and with much laughter and some spilled water, we all competed...even the carpenters wanted to compete!
I won't say who lost... 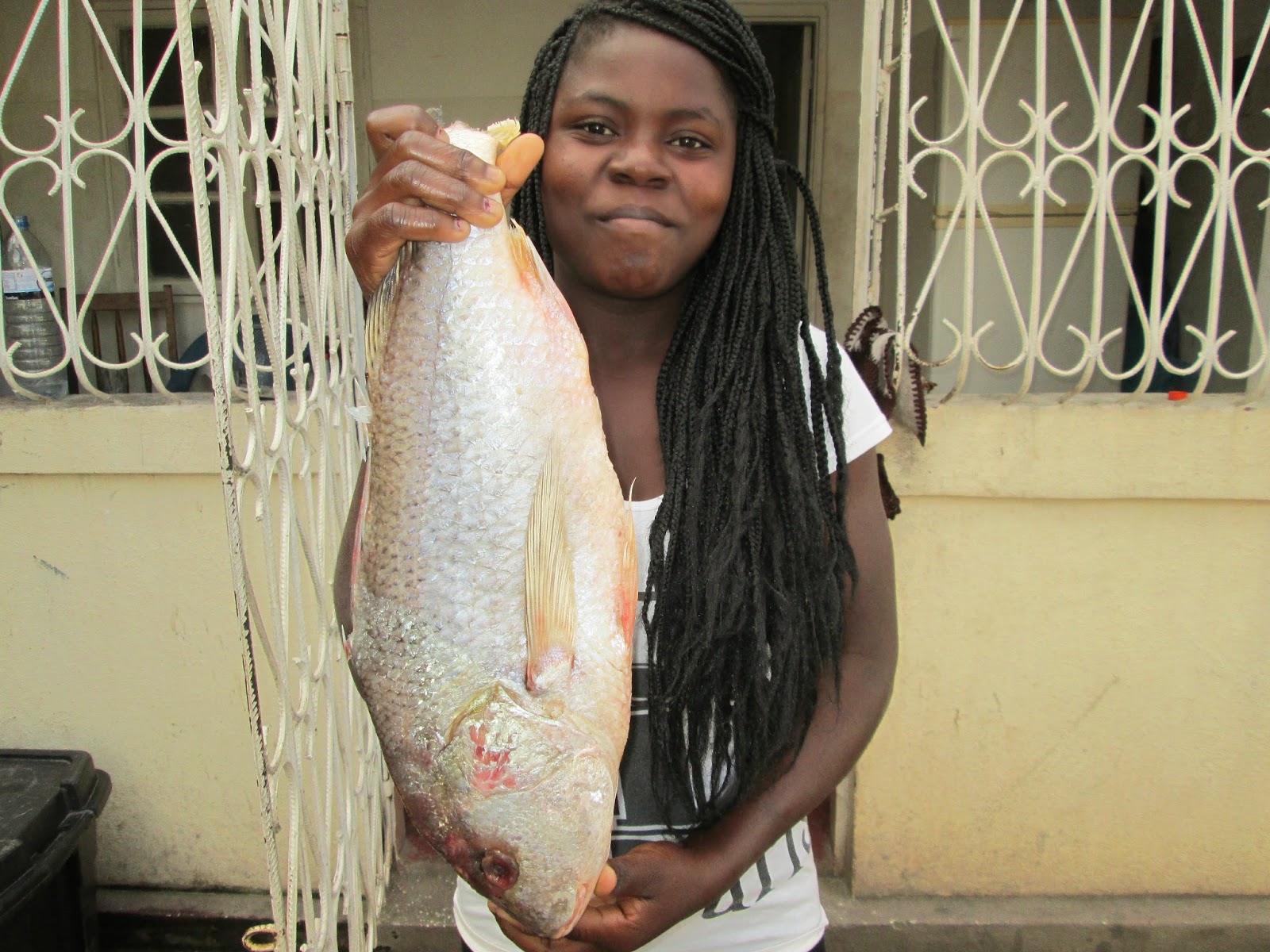 We went to the local market and bought a special fish, Peixe Pedra. Joanita proudly holds the great fish. 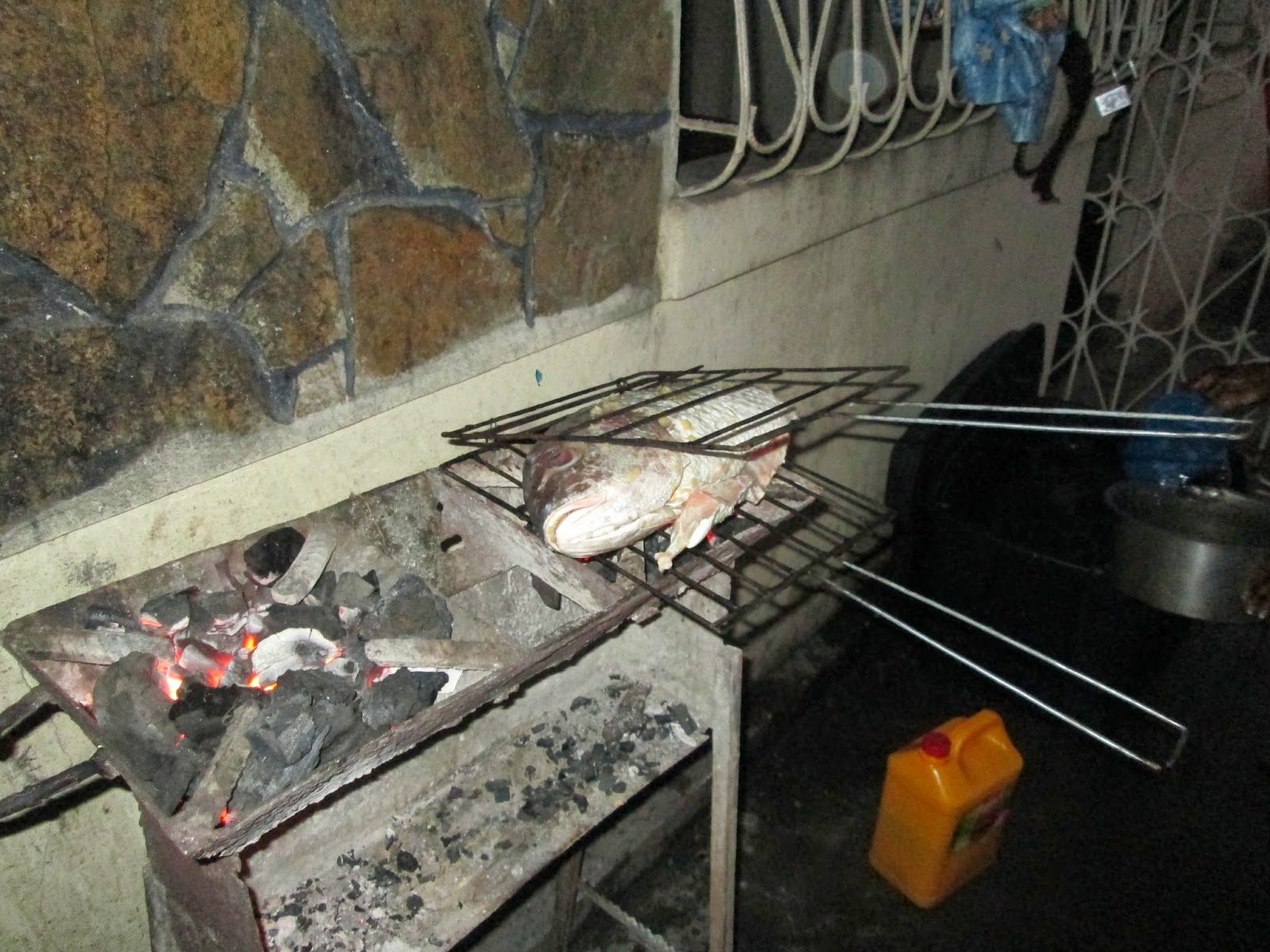 After cleaning it, onto the grill it went. 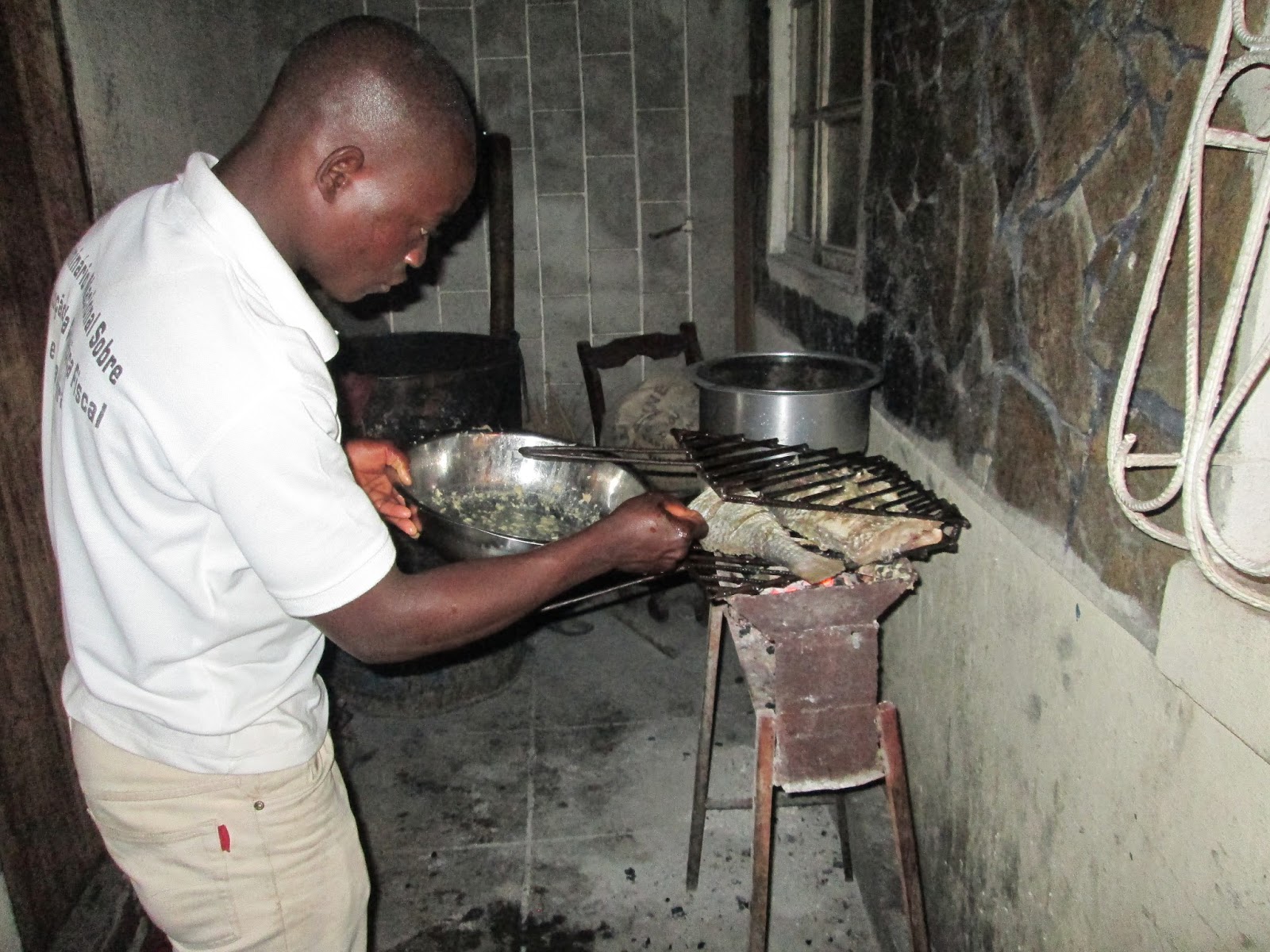 Mindo poured on a tasty combination of vinegar and garlic. 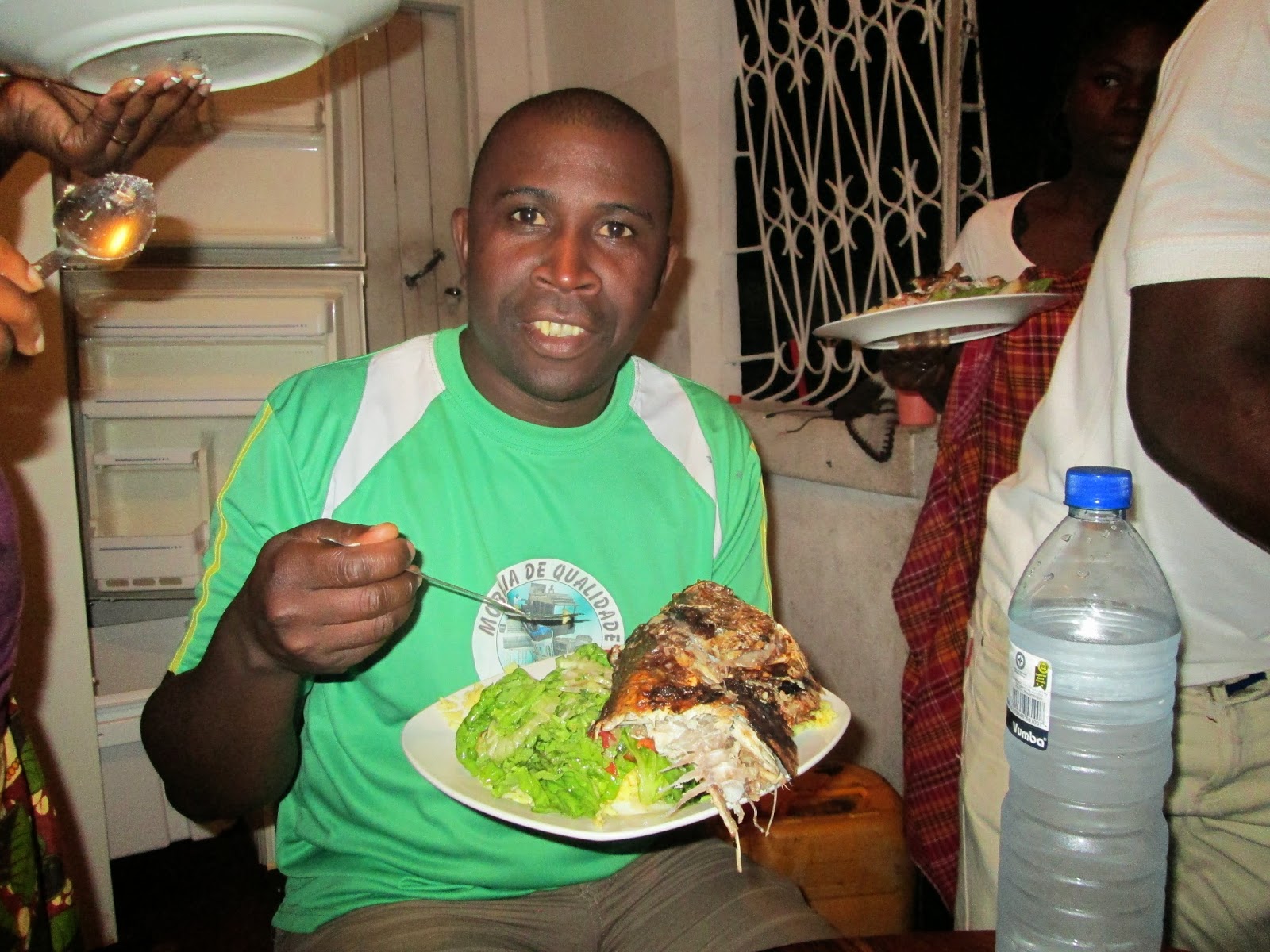 Pr. Juka got the prized head of the fish. 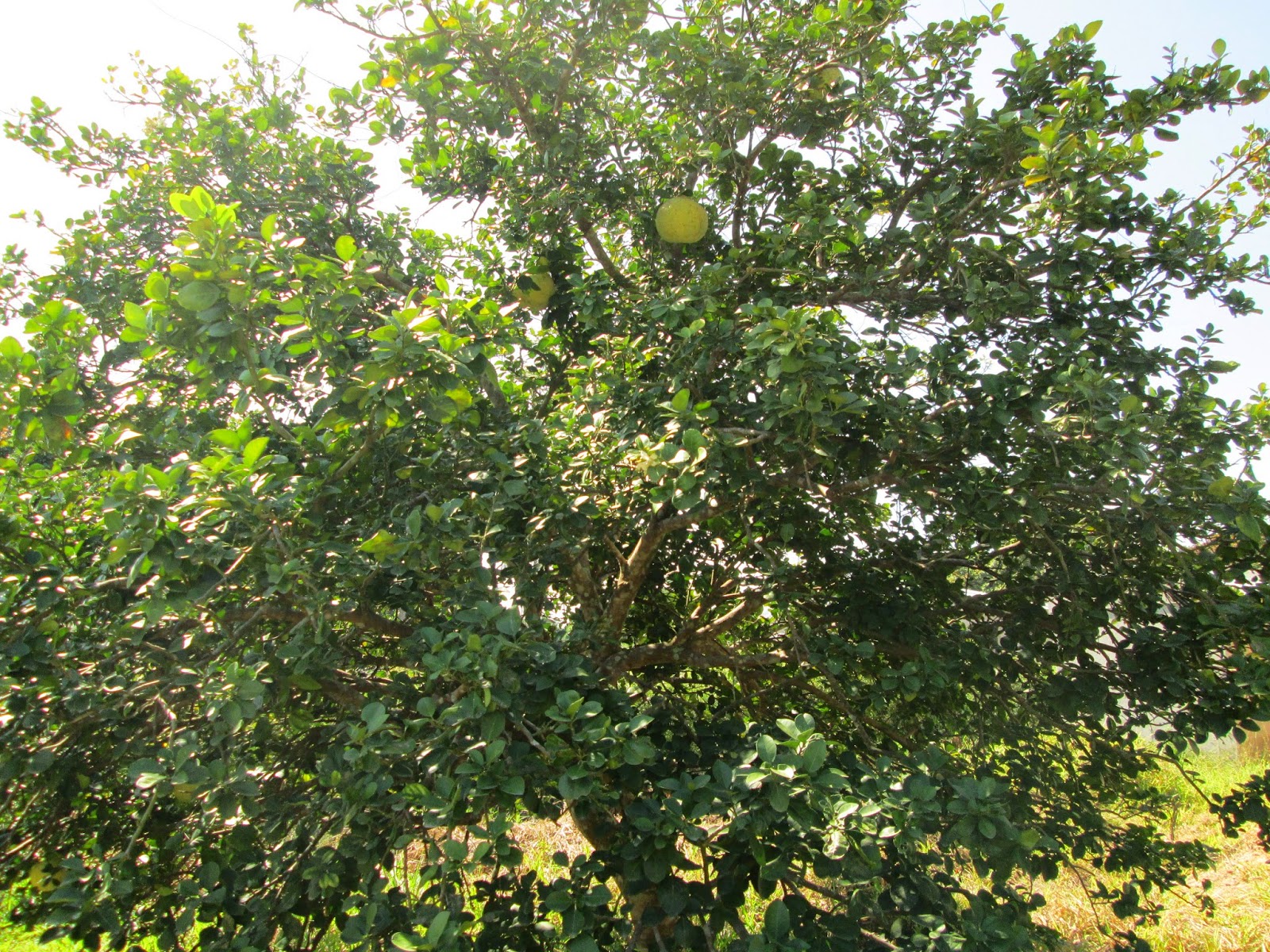 Another delicious food we ate was this type of grapefruit...I call it the "grapefruit plus." 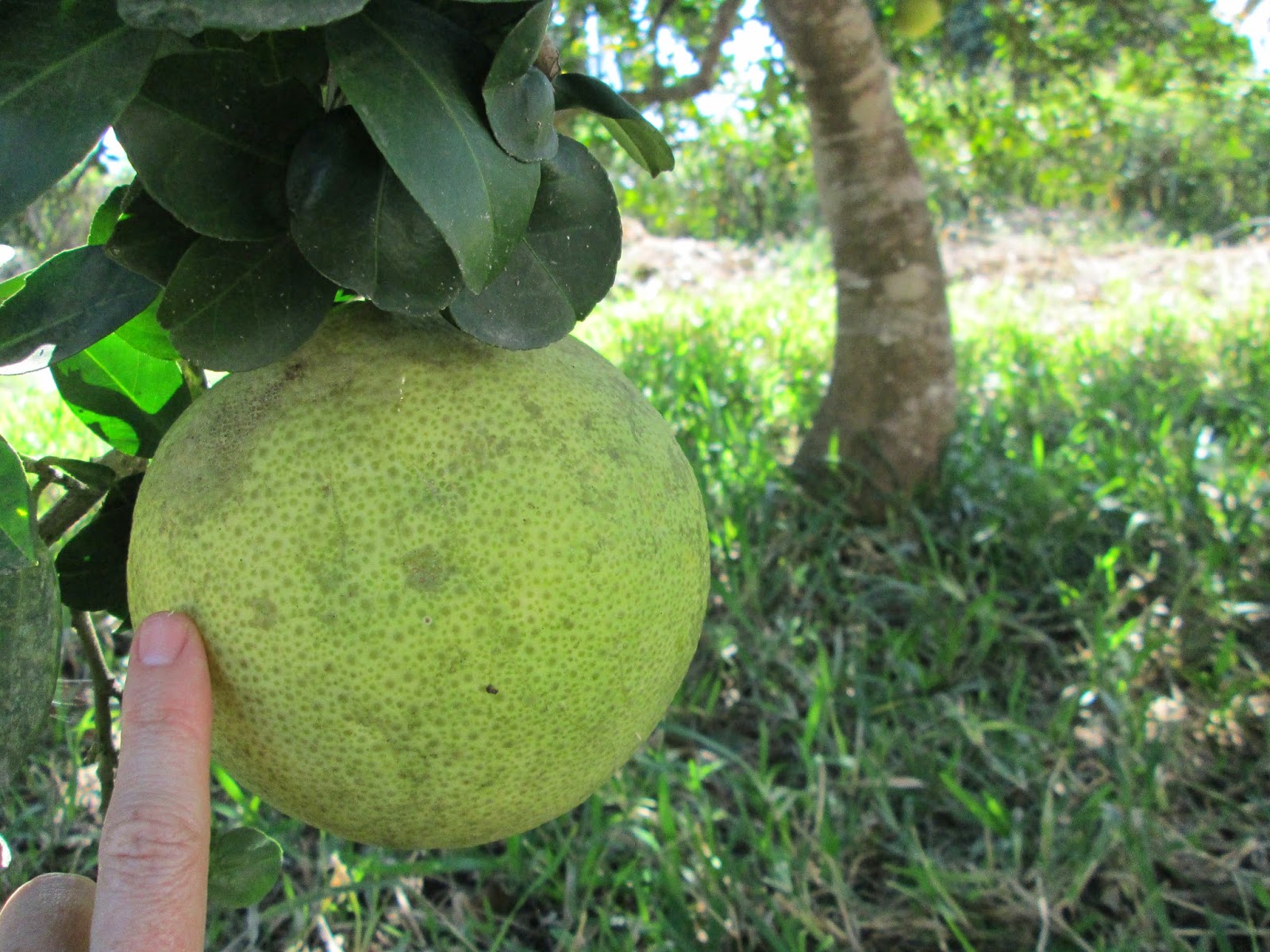 1. It's larger than the "non-plus" variety grapefruit. 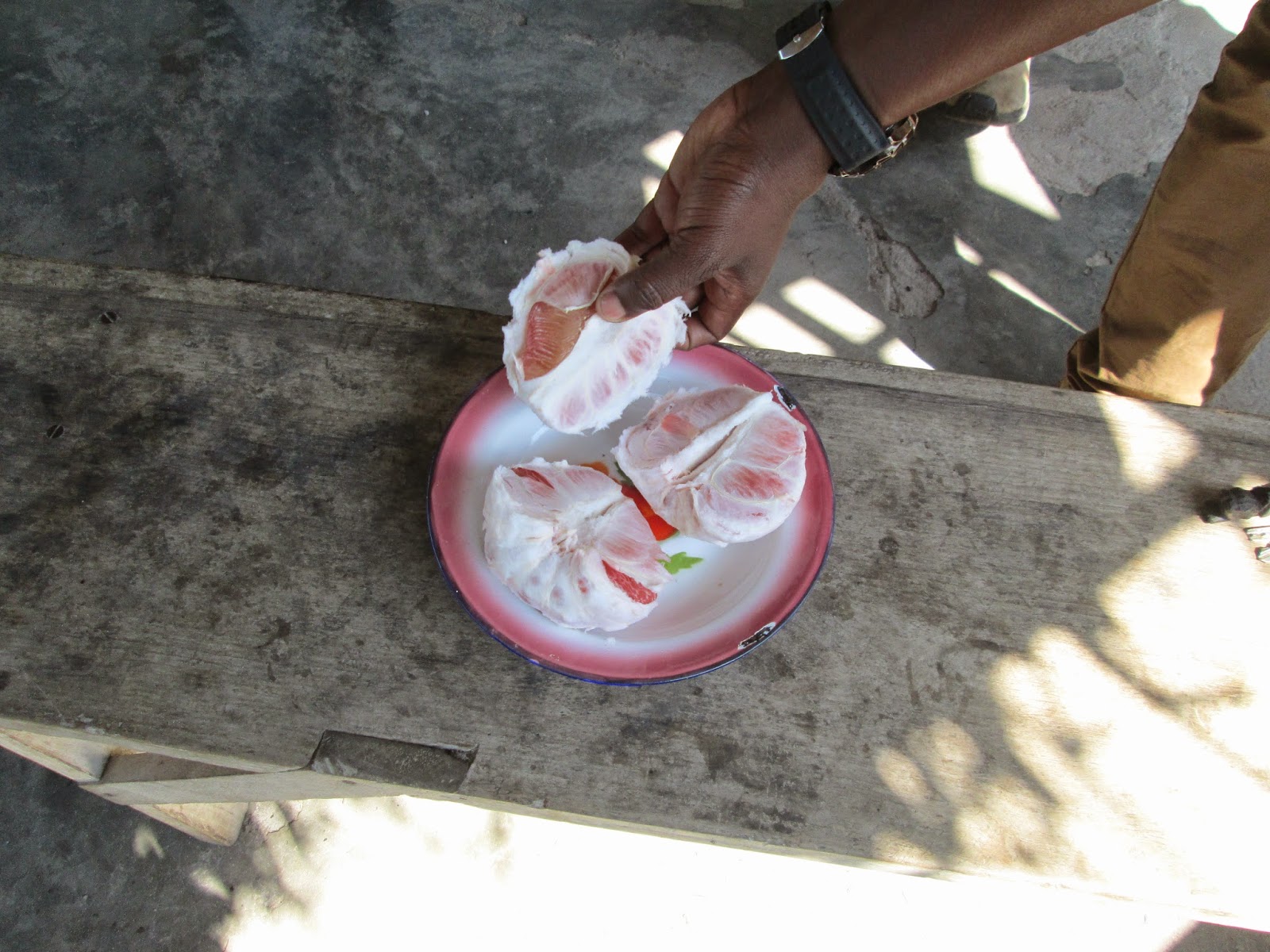 2. It's practically seedless! (or they're so small you just eat them and don't realize it) 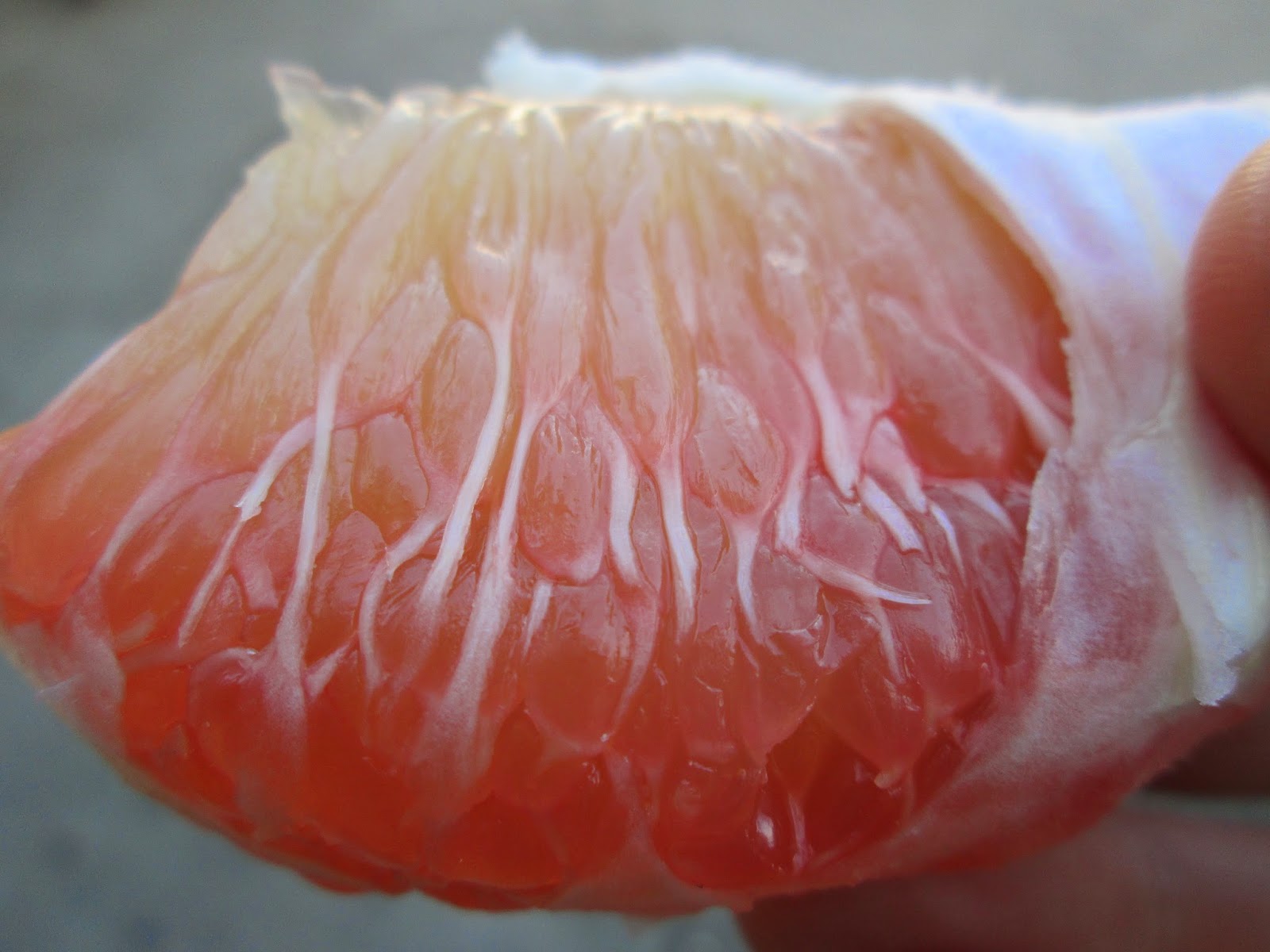 ...hence the "Grapefruit Plus" 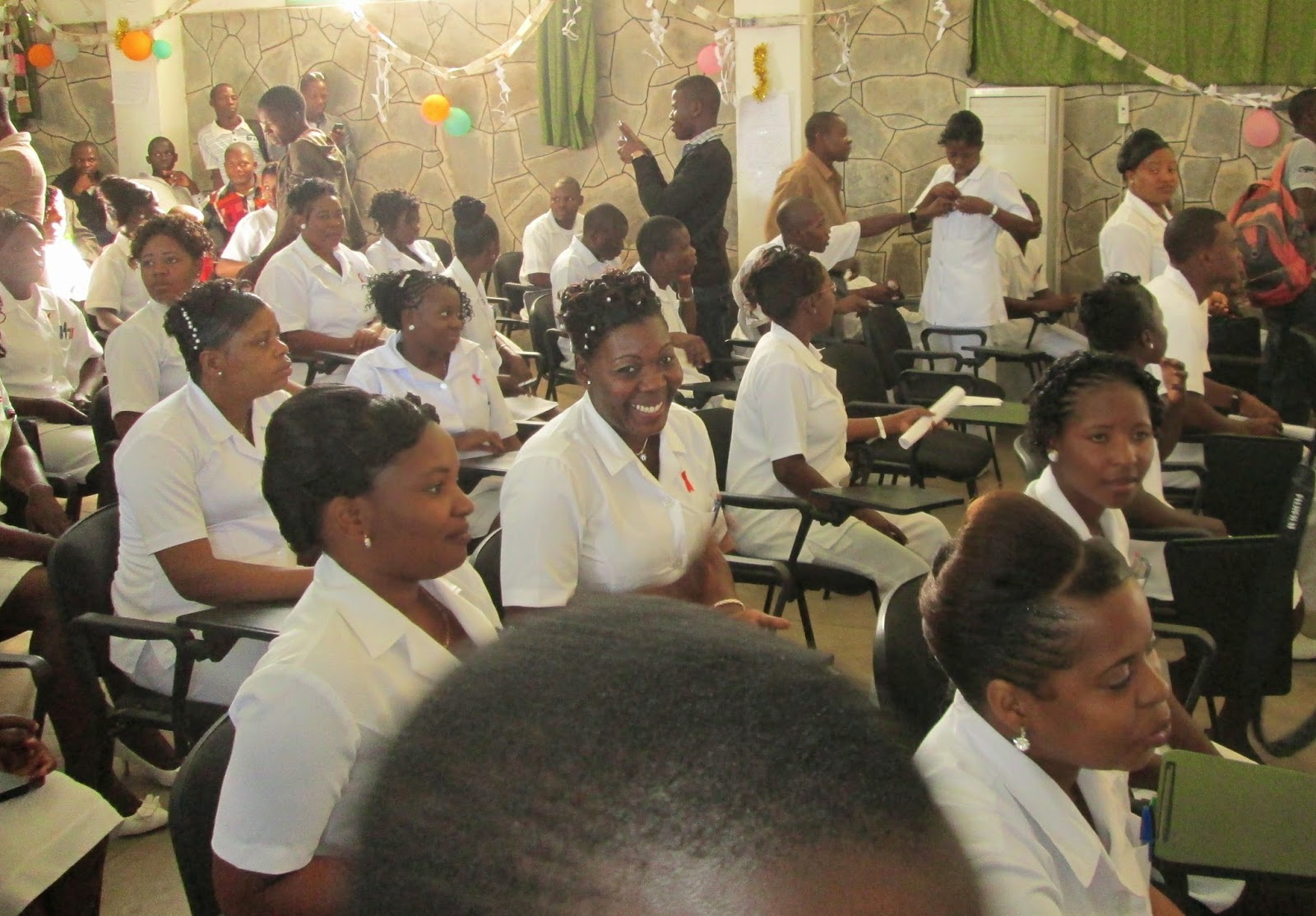 While in Mocuba, Elina successfully completed a nursing program! 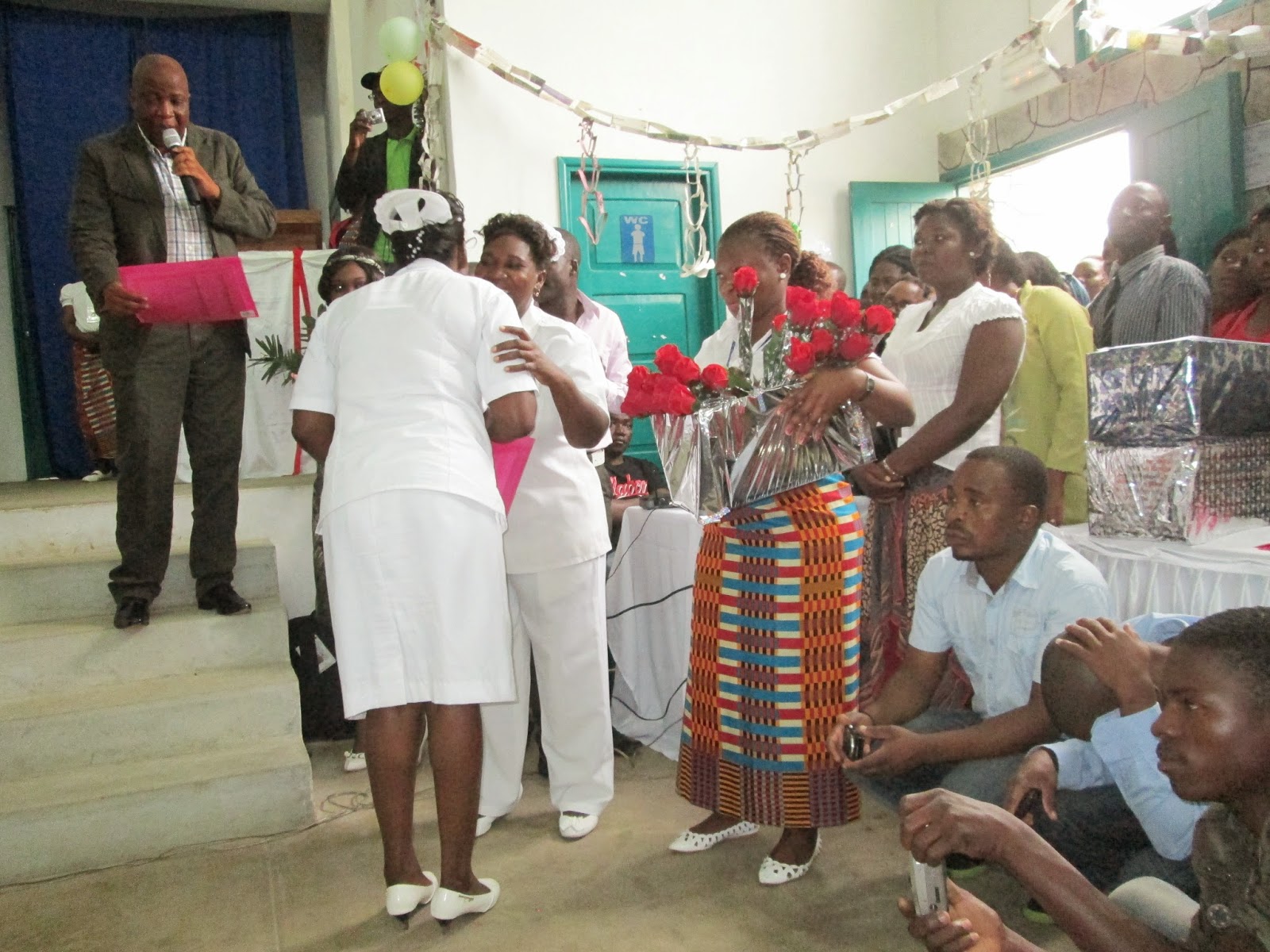 It was a blessing to be there for her graduation. 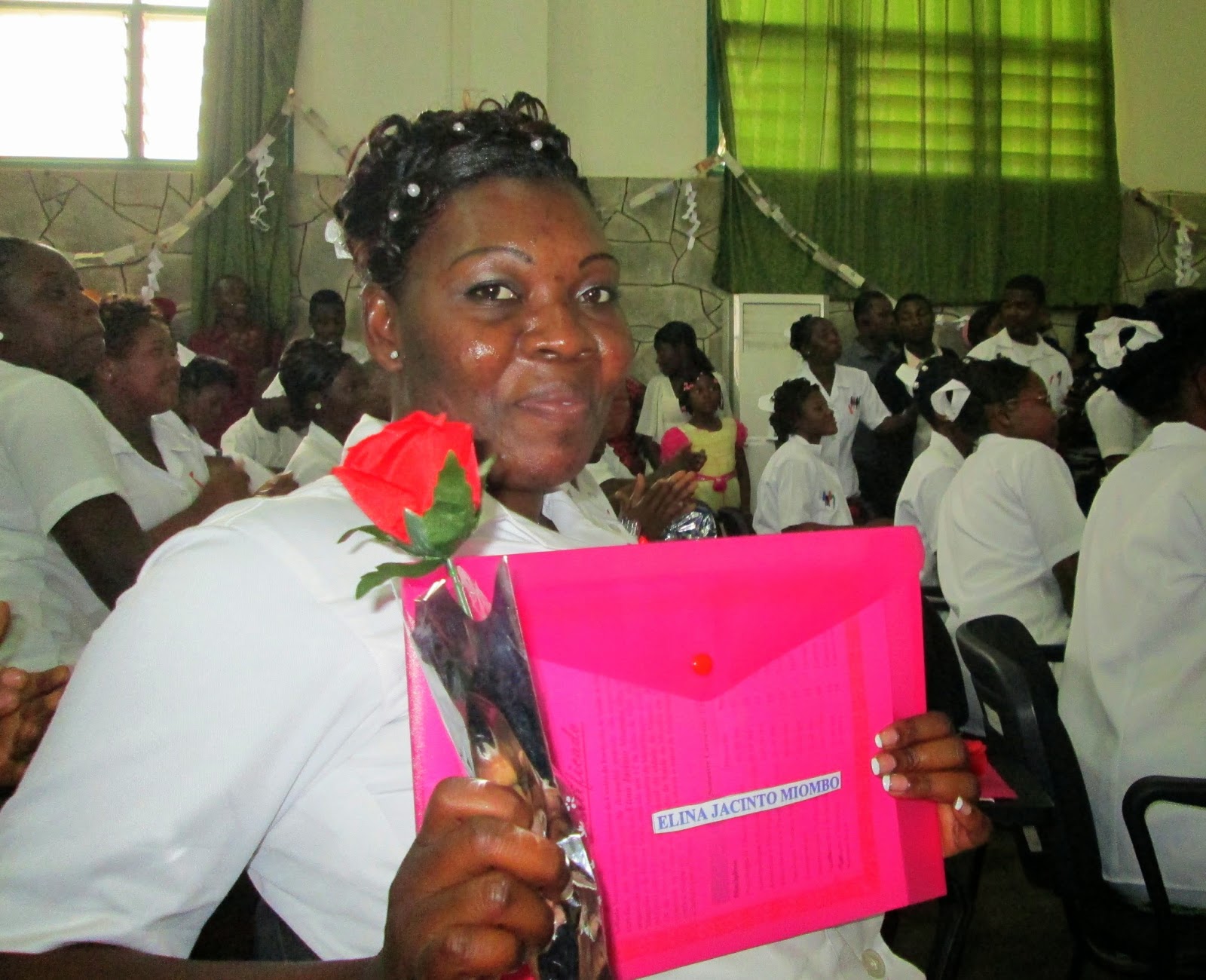 She specialized in perinatal nursing. 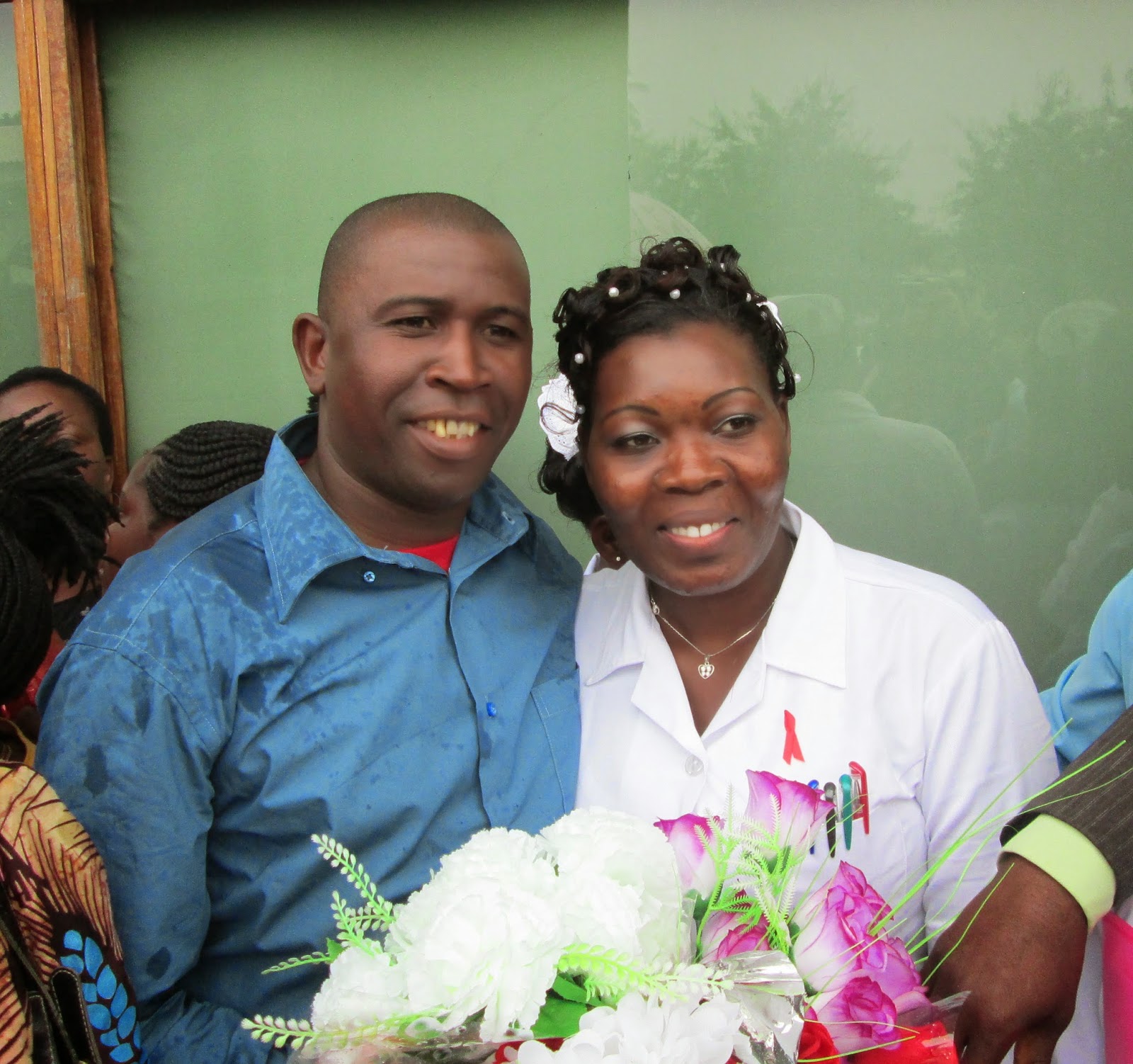 A proud husband with his wife. 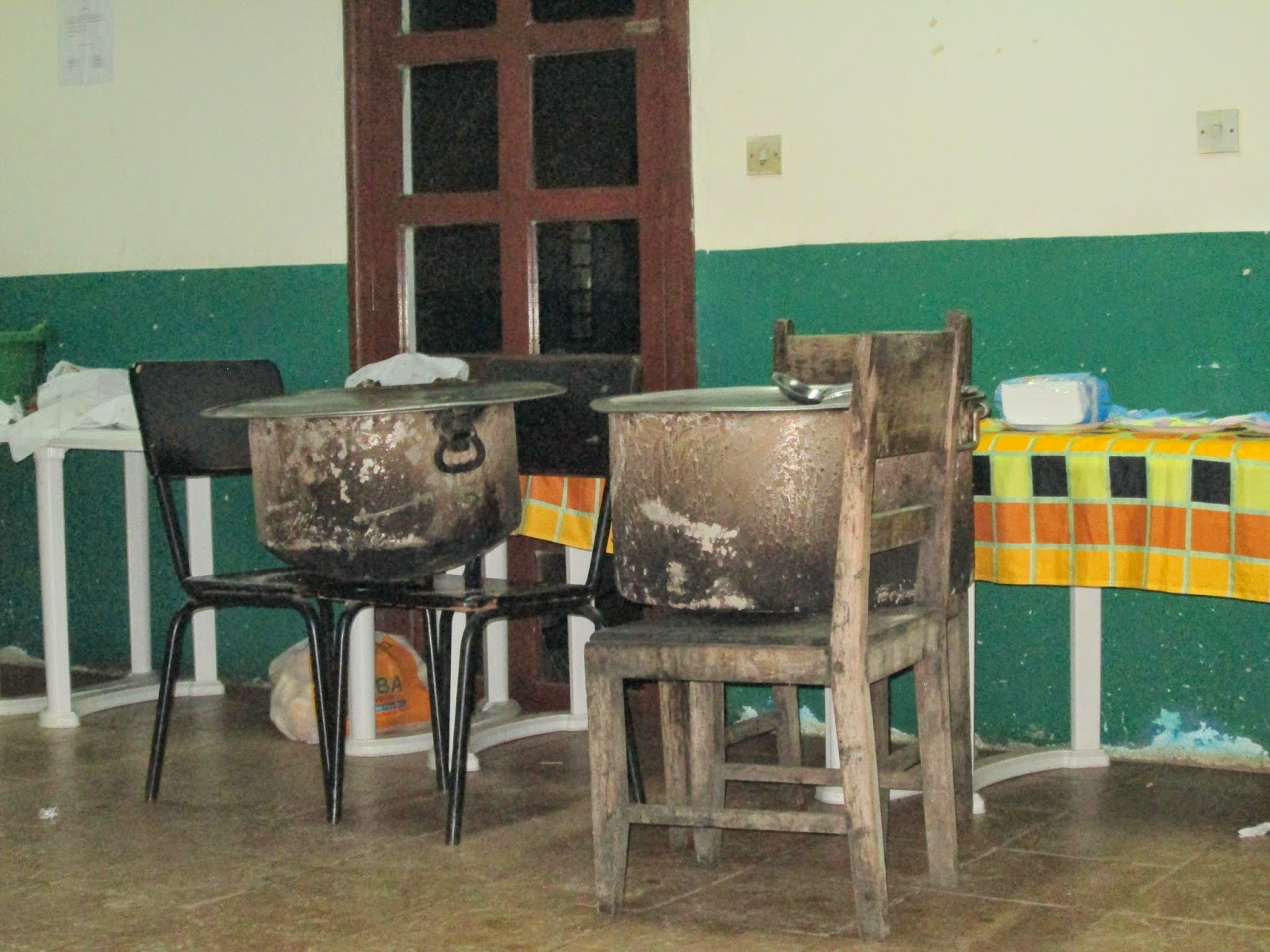 After the graduation, there was a party at the school, where there were 2 of the largest pots I've ever seen. 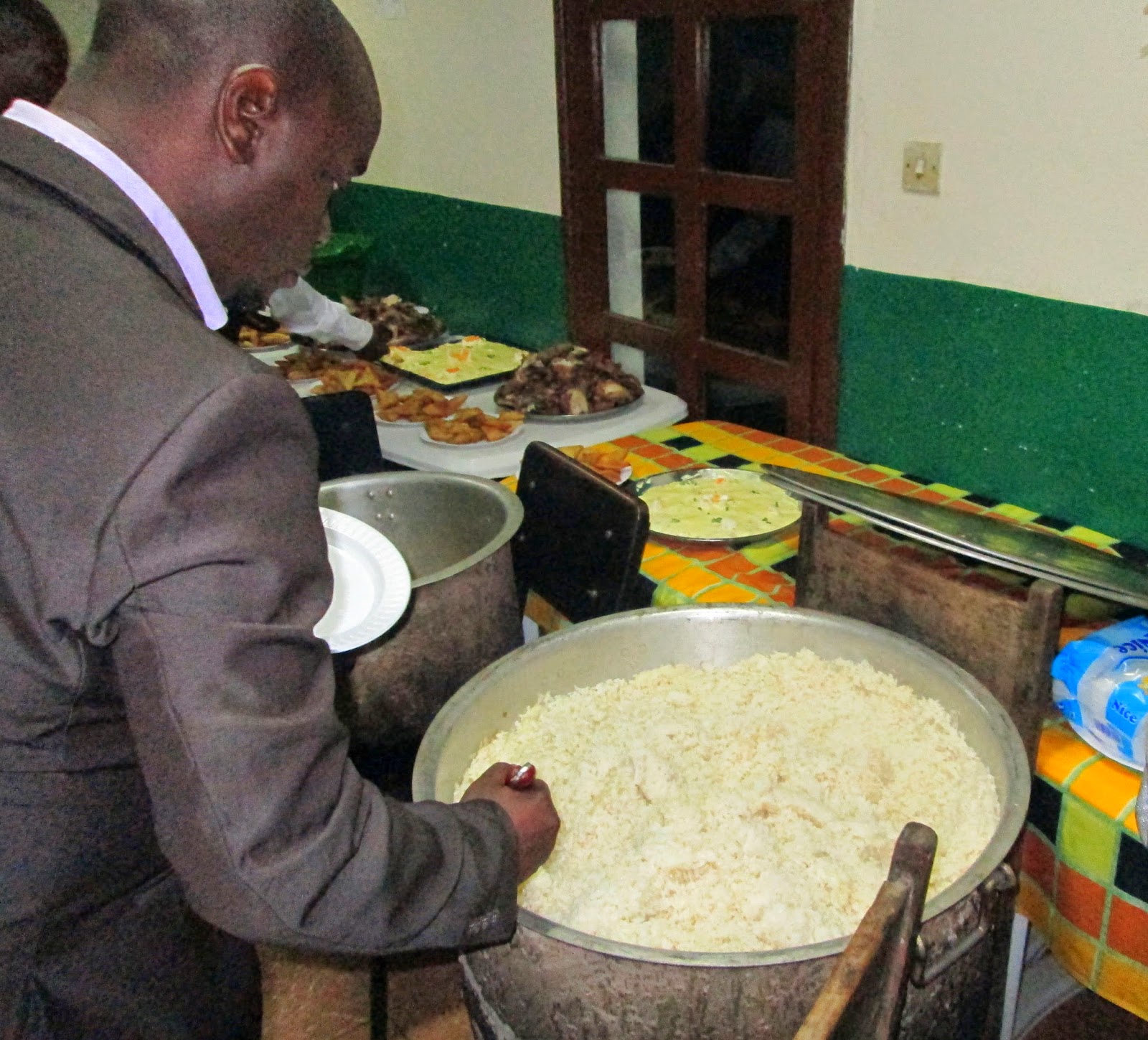 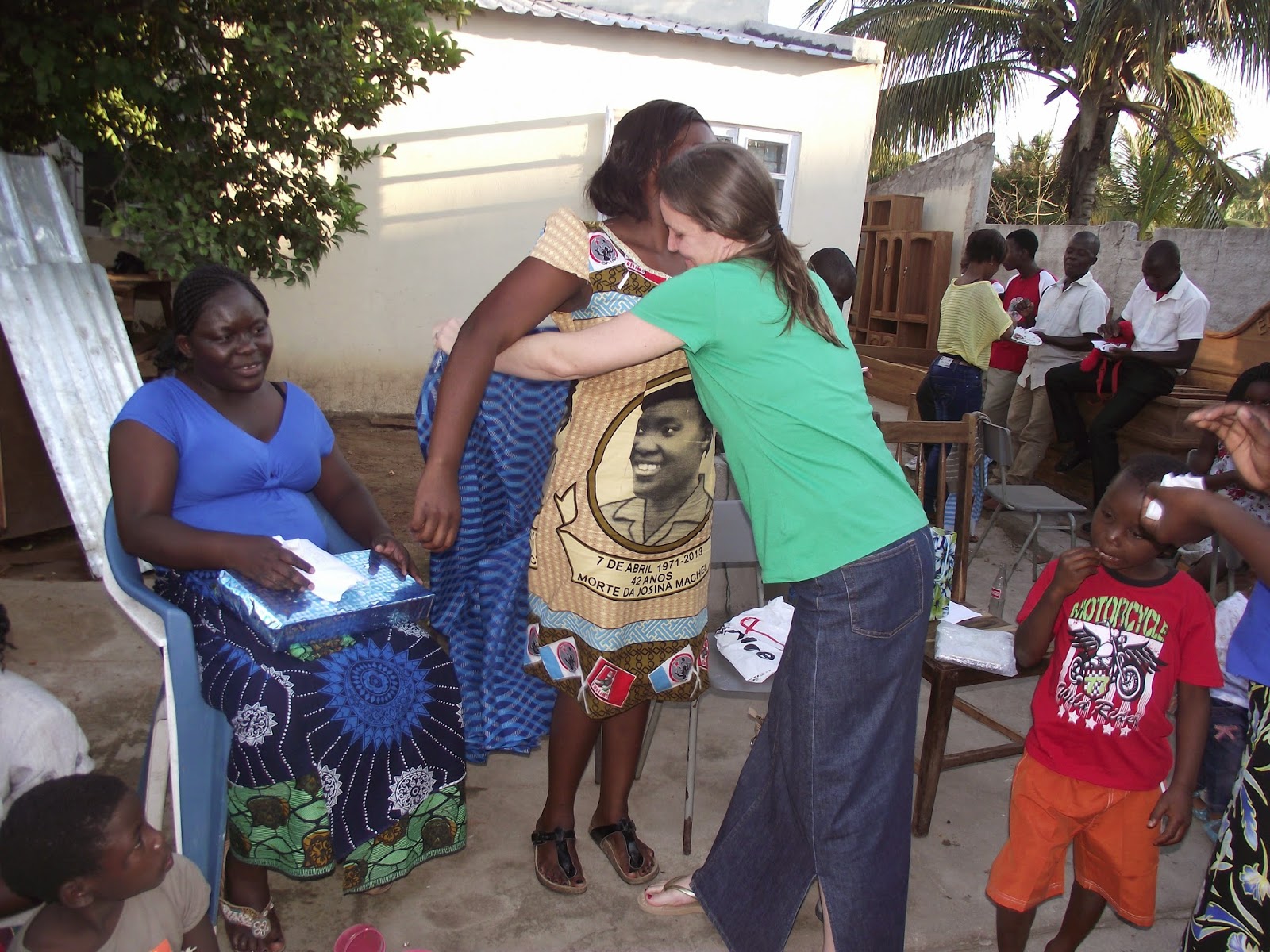 Then we had another celebration with friends and family, and I presented Elina with a new capulana, and... 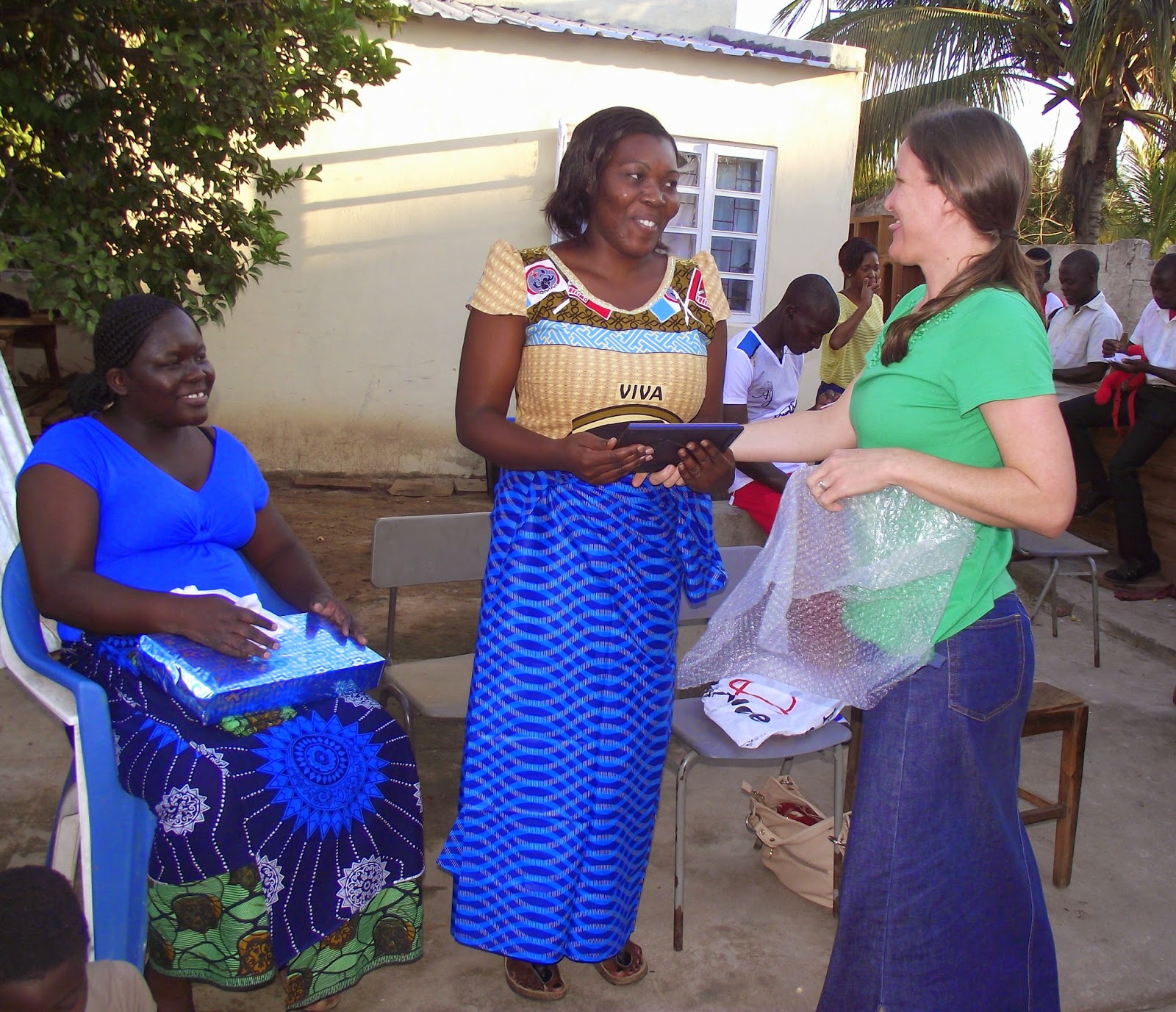 ...a picture of the first baby that Elina had delivered (which she had electronically sent to me almost a year ago and had forgotten about!) 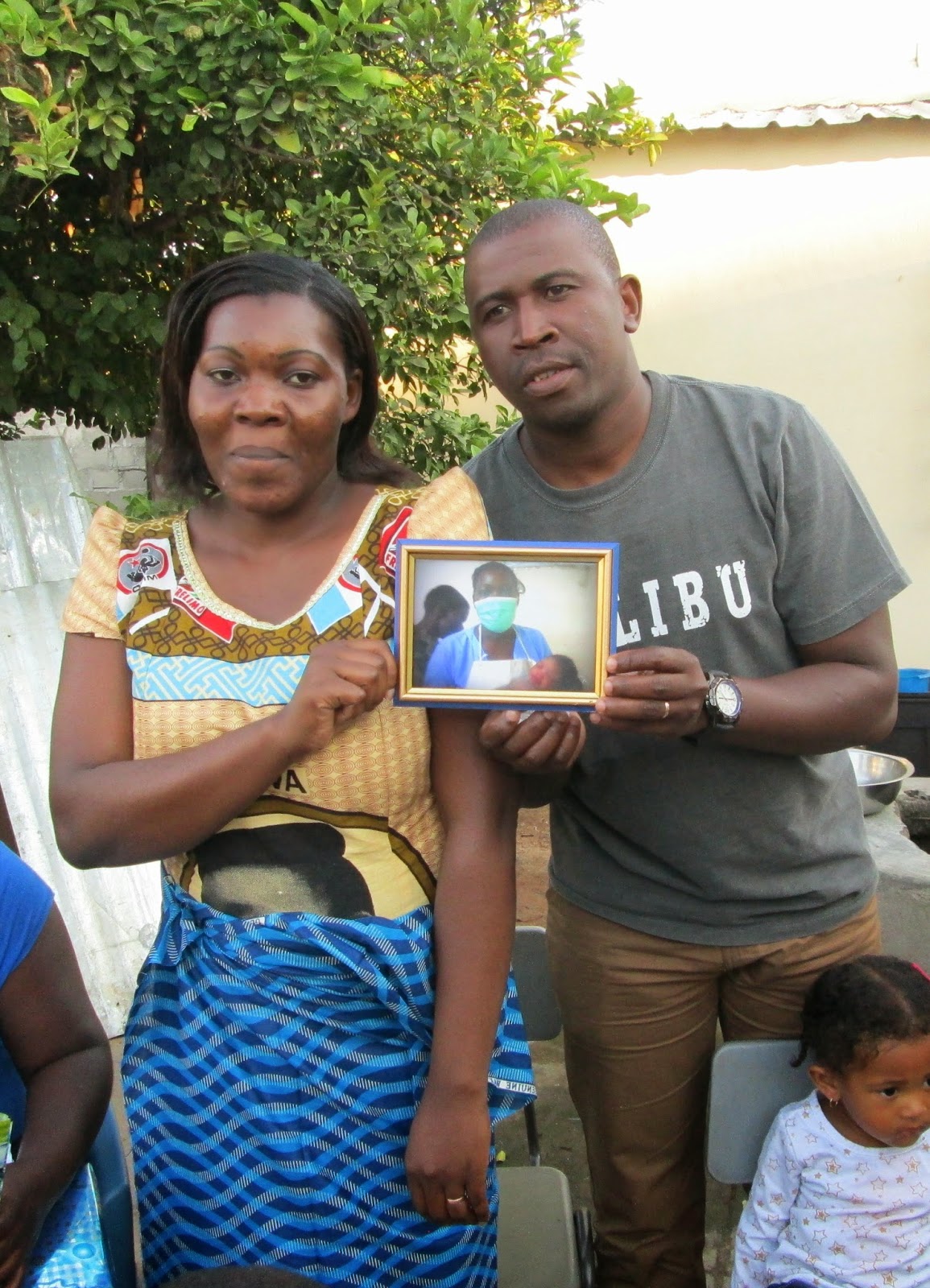 Would you please pray for Pr. Juka and Elina as they have finished their time in Zambezia and will be transitioning back to Maputo.
Posted by Aimee Howarth at 25.7.14