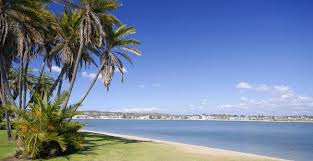 My dream was to live in San Diego, California.

I grew up in Los Angeles, and then attended the University of Miami in Florida. The summer after my first year in college, I cried out to God one night about the acne that I had since I was about 10 years old. I had prayed almost every night, among other prayers, asking God to take it away.

But after 9 years of asking this, God had not taken it away. That night when I cried out, I said to God that I was not asking for Him to take away my problem, but I was asking Him why I had it.

For the first time, I heard God's still small voice in my heart. He said, "Don't ask me to take away your problem. But thank Me and praise Me, because I have made you, and I have given you everything you have. I love you, and you will be My tool."

I was shocked, and I knew for the first time that He was real, that He heard prayer, that He loved me, and that He had a plan for my life! I began to thank and praise Him. (and by His grace, a few weeks later, my acne went away without my asking!)

After college, I was baptized at the beach where I grew up in Los Angeles, and I moved to Mission Beach, San Diego to start living my dream!

I had a degree in English Literature and Elementary Education, and I began substitute teaching.

I found a great church called The Rock, and I joined a small group Bible study. I eventually started leading a women's small group at the church, which was a blessing.

But after a year of substitute teaching and applying for positions, I still didn't have a permanent job. So I prayed about this for several more months...and still no job.

And He responded with His still small voice in my heart saying,"Go to Africa."

This was shocking to me, and I did not want to do this. Although I had traveled to different countries for study abroad and volunteering during high school and college, I had always thought I would settle down in my own country, and I had never even been to Africa.

I knew that God's Word would not contradict His Spirit, so I asked God to confirm in His Word what His Spirit was saying in my heart. I read what I was normally going to be reading in my Bible that morning, and it said,

"Then Jesus said to His disciples, "If anyone wishes to come after Me, he must deny himself, and take up his cross and follow Me. For whoever wishes to save his life will lose it; but whoever loses his life for My sake will find it. For what will it profit a person if he gains the whole world and forfeits his soul? Or what will a person give in exchange for his soul?"
Matthew 16:24-26

I knew that God was telling me to give up my dream of living in San Diego, and that by losing my life for Him, I would truly find the life He wanted for me. After 2 days of being shocked about this and praying about it, I surrendered myself to God to do whatever He wanted, wherever He wanted, however He wanted, and with whomever He wanted.

But I still had no idea how to get to Africa. A couple weeks went by, and I got scared and began to doubt God's call. I went to church one evening, and Pastor Miles was talking about how faith without works is a dead faith. So when God puts something on our hearts, but we do nothing about it, our faith is as good as dead. I was convicted to do something about God's call for me to "go to Africa."

One thing I did was look up "Africa" and "Missions" on the internet.  I found an evangelical, non-denominational organization called One Mission Society that I wrote to, saying that I was an elementary school teacher in California, but that God had put Africa on my heart. I asked if they have any advice for me? 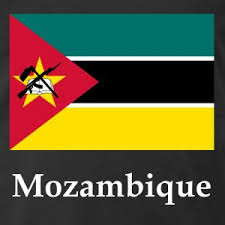 They responded only minutes after I sent my email, saying, "This is amazing, because we had just gotten together to pray for elementary school teachers for the school in Mozambique, and your email came in!" They asked if they could send me an application. I was accepted, and God provided the funds through family, friends, and churches to go about 6 months later.

Just a month or so before I was to leave San Diego, I was offered a full-time teaching position at a great school only 10 minutes away from where I lived! I prayed about it, but I knew that it was not God's plan for me. I was at peace, and I left for Mozambique for the first time in July of 2002. 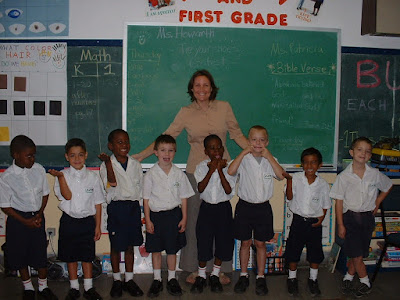 I taught kindergarten and second grade for 2 years in Maputo, the capitol city of Mozambique. 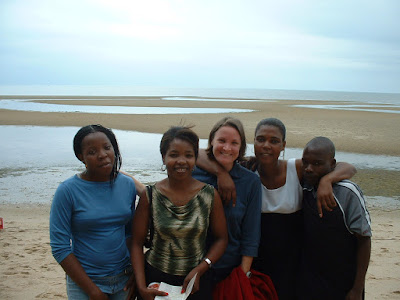 During those 2 years, I began to build relationships with Mozambican people, and I realized how much I loved learning and showing God's love across cultures. I believe God used teaching as a bridge to get me to Mozambique.

During my second year in Maputo, 2004, God put it on my heart to go north of Maputo to work in partnership with the Mozambican church to serve in evangelism, church planting, and discipleship training with Mozambicans. 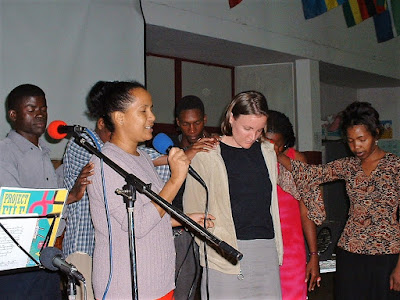 In order to prepare for this, I returned to the US to study for my Masters in Cross-Cultural Studies at Fuller Theological Seminary. The city church in Maputo (above) prayed for me as I left.

I returned to the US and began studying, but I didn't want to lose the Portuguese that I had been learning in Mozambique. God provided a wonderful Brazilian church in Manhattan Beach, California. 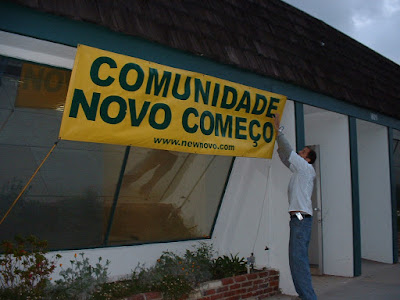 Pastor Billy and his wife, Marina, accepted me into the church family, Comunidade Novo Comeco (New Beginning Community), and I had 30 to 40 wonderful Portuguese teachers! 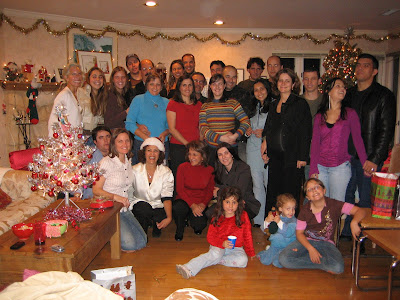 Christmas with my Brazilian family 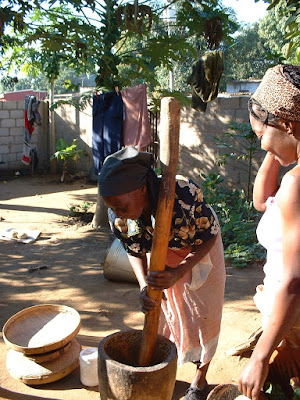 Part way through my time at seminary, I went back to Mozambique for the summer of 2006 to do a practicum about building relationships based on love and respect, by working together with Mozambican women, learning how to cook traditional food, and learning some of the native language in that area, Changana. 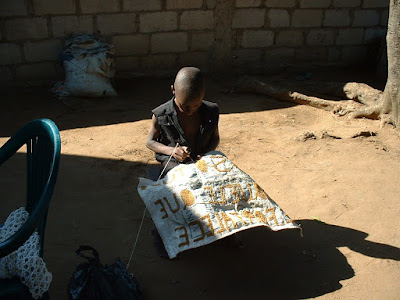 I worked with a woman name Candida. She and her son, Paulito (above), gave me a special gift. They wove a verse onto a rice sack, that says in Portuguese, "I can do all things through Him who strengthens me." 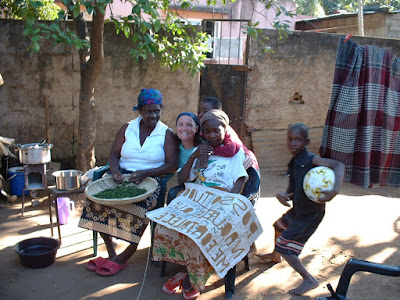 The challenges in mission can be tremendous and seem overwhelming at times. But that verse reminds me that Christ is the One who will accomplish His will through me. What I need to do is surrender, obey, and trust Him. 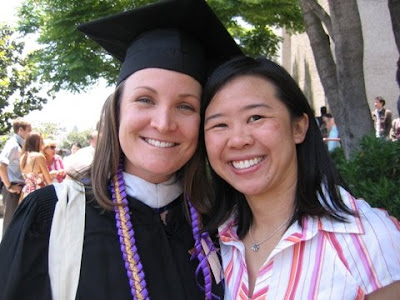 I graduated from Fuller Seminary in 2007
(here with my good friend and fellow student, Jermaine :)

I then continued to serve with my Brazilian church, take care of my grandmother with my mom, wait on God's timing, and in 2008 I traveled to share with some churches in the US about God's call for me to serve Him in Mozambique.

Lord willing, I'll be arriving in Mozambique on July 16, 2009, and I'd like to keep you updated with news and pictures! I admit to being "technologically challenged." 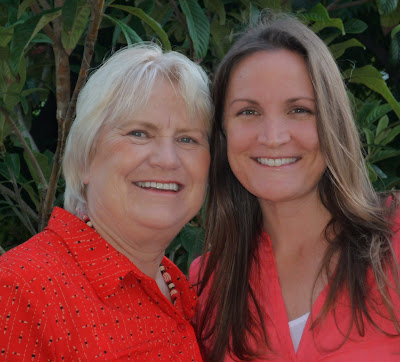 I'm the daughter of a woman who says with all seriousness, "There's now a law in California that says we can't use hand-held devices while driving. Aimee, You should seriously think about getting a blacktooth." On another day she stated how, "Everyone seems to be communicating on their blueberries these days." And one of my personal favorites was a conversation she had with a friend of mine in which she commented, "Yes, it's great to connect with old friends. Are you on myface or spacebook?"

This is my mother Kathy, whom I love dearly, and I'm like her when it comes to technology. But with the advice and help of some special people, I've created this blog! I hope it will be a blessing for anyone who would like to be kept up to date as I seek to be, show, and tell the love of God in Jesus Christ wherever He places me.