1st Trip to Gaza and Inhambane!

This last week I had the opportunity to travel north with Pastor Abel and Julia to the provinces of Gaza and Inhambane (about seven hours drive north of Maputo).


We went to encourage and teach new believers in 7 different areas in these 2 provinces. 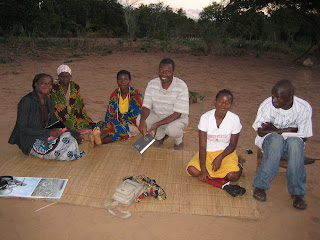 We met with many special people to share about God's power and love. 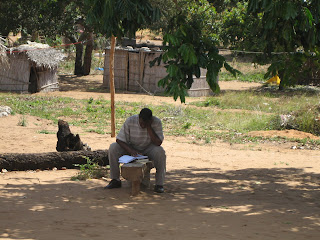 Pastor Abel has been visiting these groups once a month for the last several months to teach them using Chronological Bible Storytelling, and it was a joy to partner with him. 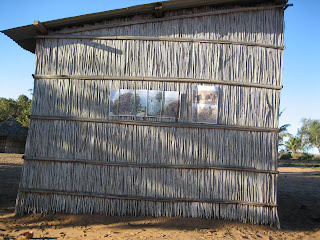 He fastened the large picture cards on the side of a house as he taught the Bible. 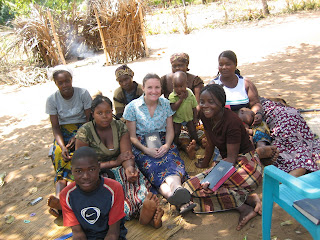 Julia and I also taught some of the groups.

On our last day in Inhambane, 12 young people from the area of Nyadumbuque who Pastor Abel had been visiting wanted to be baptized. 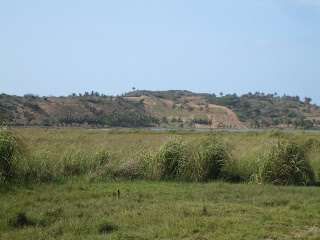 We fit the twelve people (!) into the truck...fifteen with P. Abel, Julia and myself, and we began to make our way through the deep sand to a far off lake. Because we were very far from any villages, there weren't actual "roads."


Two nights before, the right rear tire on my car had been slashed through by a sharp stump of a tree hidden in the weeds. A young man had immediately rushed out of his round reed house to help us change the tire...and this time I knew exactly what and where the "macaco" was (monkey...a.k.a. jack). I thank God for that young man.


So two days later, there I was driving a truck in deep sand up and down hills weighted down with fifteen people, with stumps, branches, and coconut shells scattered across the ground like an obstacle course before me...many, many, many kilometers from any possible form of help, and no more spare tire...I began to worry.


Then God said to my heart, "Do you trust Me?"
"Are you doing My will?"
I responded, "Yes."
He said, "Then why do you worry?"
Then He said, "You're taking a car load of My children to be baptized."


I was suddenly overcome by the tremendous privilege of what He was allowing me to do. I had the distinct feeling that I was reaping what I had not sown, that I was entering into the labors of those before me. Both the one who sows and the who reaps will rejoice together. I thank God for the amazing privilege of being a part of His work of love and salvation. 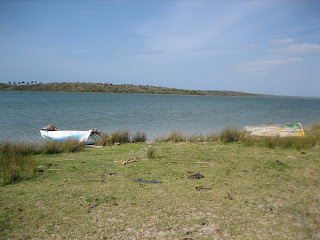 We arrived at the lake! 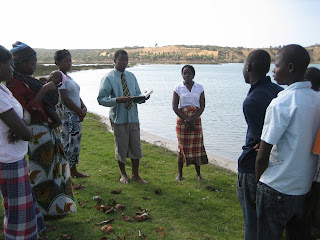 P. Abel shared about baptism as a symbol for birth into a new kind of life. 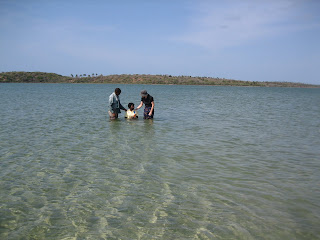 Julia and I took turns helping with the baptisms. 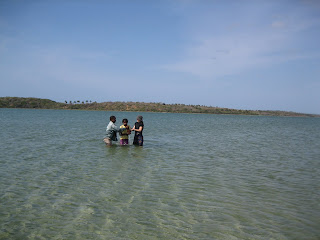 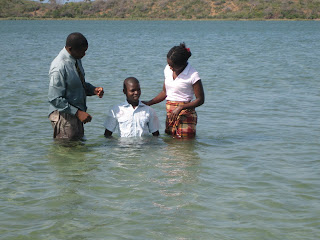 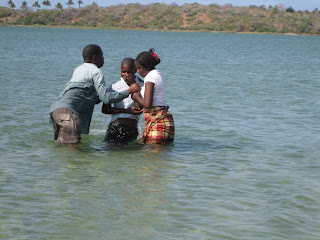 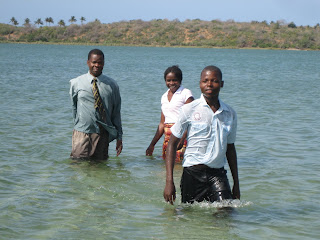 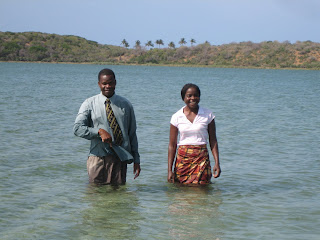 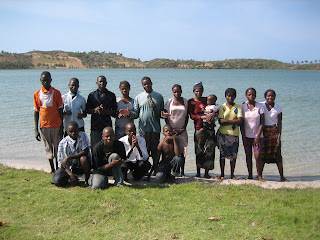 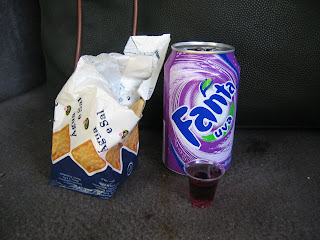 Afterwards we had communion together. 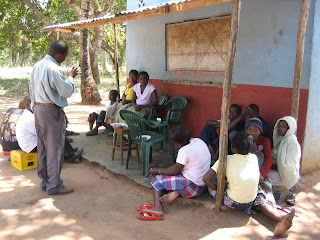 The group in Nyadumbuque meets in the shade of this building on Sundays mornings. 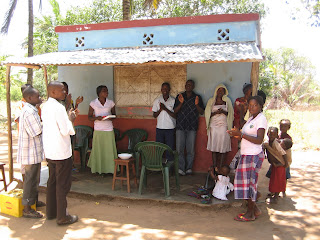 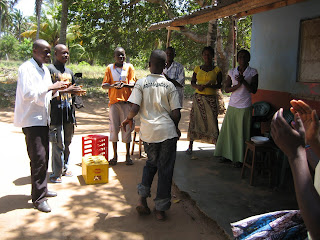 They danced in celebration and praise! 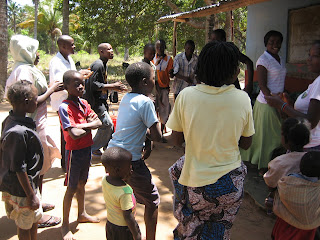 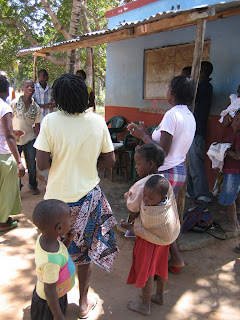 The celebration attracted some of the other neighborhood kids. 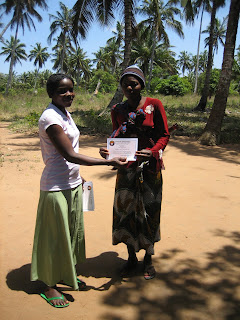 Julia passed out baptism certificates to each person. 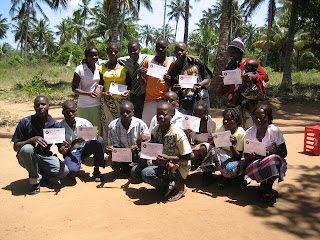 Would you please pray for them when they come to your mind?