This last week my dad made his first visit to Mozambique! 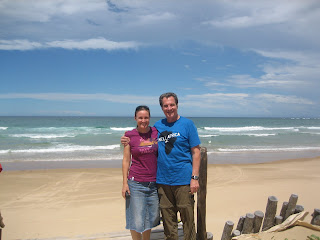 I had meetings with people from Maxixe and Inhambane city, and it was very helpful to be able to ask questions about people, areas, languages, needs, local ministries, challenges, and possible living situations. 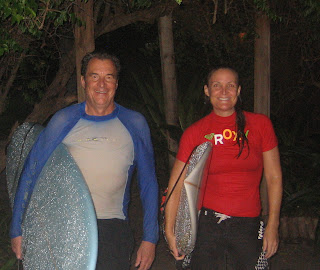 We combined a father-daughter surf trip, and a survey trip for my future ministry!

We also learned about some of the local history in Inhambane. 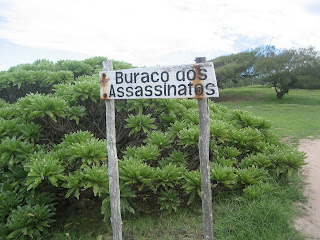 During the Portuguese colonial period in Mozambique, Mozambicans in this coastal area who did not obey colonial commands were forced to jump into a deep and narrow blowhole in the giant rocks at the sea. 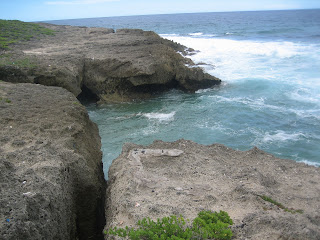 This was a calm day 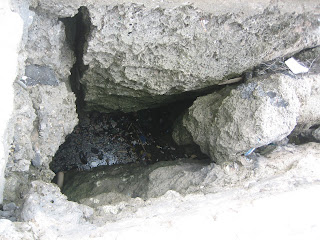 The sea would surge into the hole and crush anyone against the rocks. Thus it was called "the hole of murders." 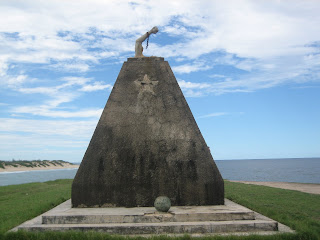 Mozambicans gained their freedom from Portuguese colonial rule in 1975, and now there is a freedom monument on the cliff by the hole. 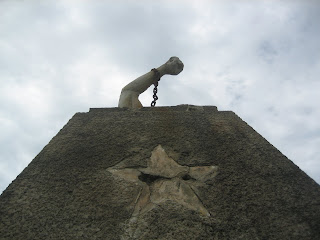 Looking up toward the monument you can see the victorious arm with a broken chain.
Posted by Aimee Howarth at 24.1.11