Jesus Film and 5th Trip to Gaza and Inhambane

Before traveling back to the provinces of Gaza and Inhambane, Pastor Abel and I went to see my teammate, Dave, to learn how to use the Jesus Film equipment. 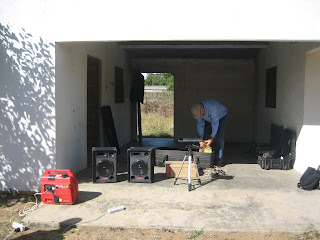 Dave, who has serious mechanical and technological skills, patiently taught Abel and I, who seriously lack these skills. 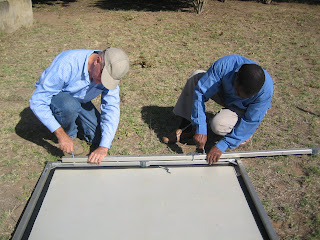 Dave and Abel putting the screen together. 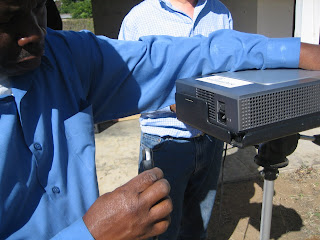 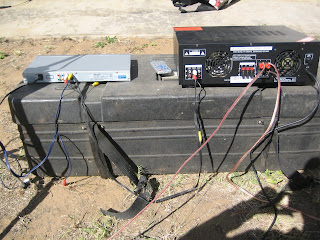 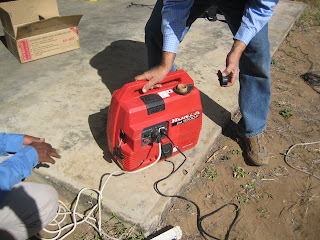 Aimee's Nightmare #2 - Generator thing...also more chords. At this point in the learning process, I believe the word "throttle" may have been used. 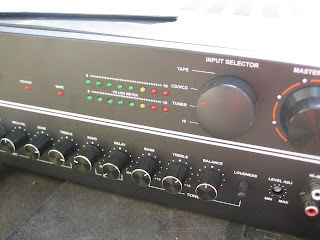 Aimee's Nightmare #3 - numerous buttons and knobs (thankfully, I didn't have to mess with these too much) 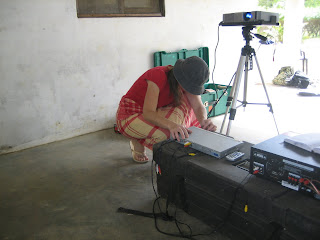 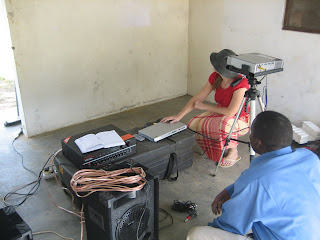 Amazingly, we were able to do it!

However...I had taken pictures when Dave was setting it up, so I referred to my camera display to see what chords went where...a kind of photographic cheat sheet. 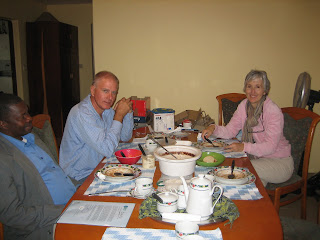 After we passed the 'Jesus Film set-up test', Dave's wife, Ann, prepared a lovely meal for us. Thank you, Dave and Ann!

5th Trip to Gaza and Inhambane 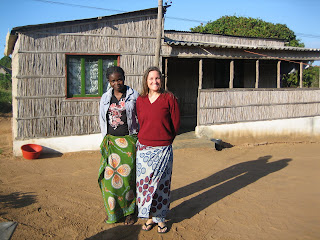 Pastor Abel and I were off to Gaza and Inhambane again! This time Ana Miambo, from the church in Chamanculo, came with us. 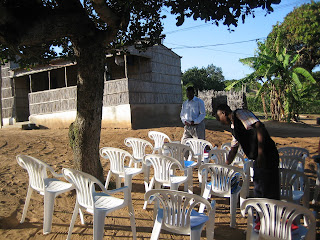 Pr. Abel and Hermenigildo setting up.
During the days, we did teaching and training - Pastor Abel led the Introduction to the Bible course, and I led the Chronological Bible storytelling. 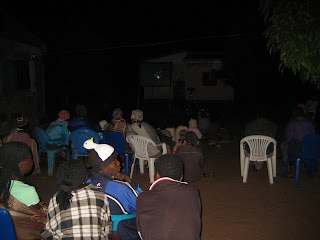 Then...the moment of truth came on Sunday evening. We drove out to one of the new church groups in Nyadumbuque to show the Jesus Film!


On the way to the village, we had planned to get gas for the generator. But we soon found out there was no gas at any of the stations, or in the ubiquitous road-side bottles. There was already some gas in the generator, so we prayed that it would be enough to show the 2hr film...

As we approached the village, gray clouds were forming and it began to sprinkle...

We arrived in darkness, and began to unload the equipment. After setting up the screen, Pastor Abel went off with several of the young men to start up the generator. Each man successively took his turn pulling the chord, but it refused to come to life...

After about twenty minutes of trying, P. Abel accidentally tilted it up as he pulled the chord... and all of the sudden it roared to life! But when he put it down again, it died. So a suitable piece of wood was quickly found and propped up under the generator to keep it tilted. Then it worked very well...naturally.

All the while, my flashlight and I were left in charge of setting up the chords and wires connecting the amplifier, DVD player, projector, and speakers. To be the person in charge of these things is a nightmare for me.

As the people continued to gather, I plugged in assorted chords and flipped various switches, and I prayed,"Lord, this is your work, your people, and You will do what you want. You and I both know I don't really know what I'm doing...even with my camera cheat sheet." But miracle of miracles...it all worked! 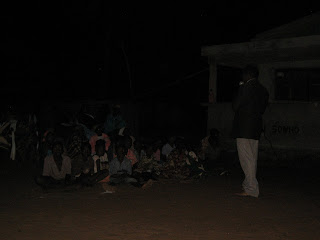 The picture is very dark, but this is Pastor Abel giving an invitation after the Jesus film. Many people prayed to accept Christ that night!