10th Trip to Inhambane and Last trip to Gaza

Together with Pastor Abel, Marcos Zito, and Zinha, we took our 10th ministry trip to Inhambane, and our last trip to the Gaza province. 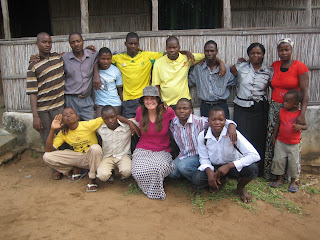 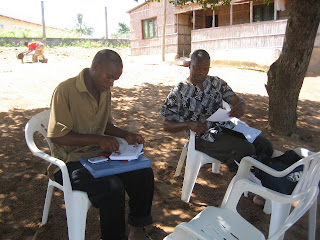 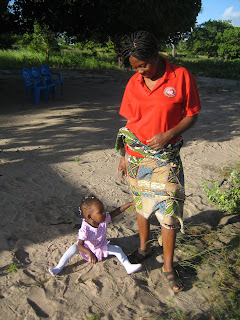 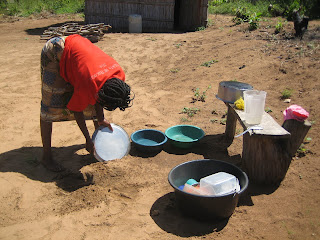 Irma Zinha helping out by washing the dishes. 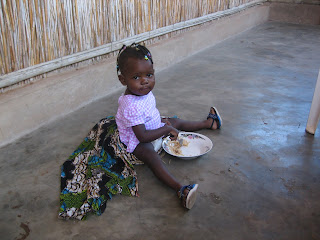 Little Dulcinha enjoying her first meal up in Quissico, Inhambane.


We went to Bangusa to show the Jesus Film. 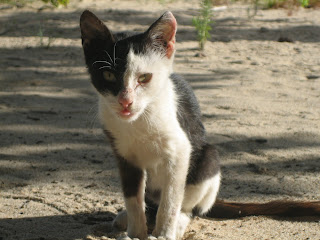 There was a kitten there that made me want a glass of milk and oreo cookies. 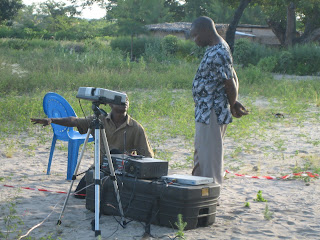 We showed the film in the Txitxopi language, and afterwards an elderly man told us that he was so happy to hear about Jesus in his mother tongue. Praise the Lord! 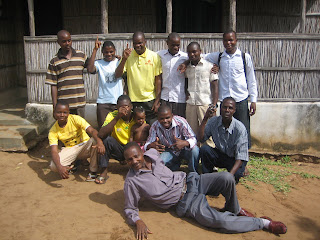 The men from the leadership training

During the training, I had been teaching about prayer. After asking the group if they pray to thank God before their meals when they are with friends who are not Christians, one young man said that he did not. He then said that he wanted to make a commitment that day to thank God for his food, no matter who is around him. Praise God.

We also had our first women's Bible study for the leaders of the women's groups in the local churches here. I thank God for the good start to this study! We visited the church in Maculuva, where we were lovingly given jambalao (the black fruit) in bowls made from coconut trees.

We have been visiting and praying about the work in both the Gaza and Inhambane provinces. The work seemed to be going forward in Inhambane, but in Gaza we have met many challenges. So we prayed about this trip specifically, whether we were to continue to work in Gaza, and God answered this prayer very clearly.

Pastor Abel knew a community leader in Chidenguele, Gaza, who agreed to gather people together for a meeting to see if anyone would be interested in meeting to learn about God and study the Bible.

So the appointed day came, and we met with a group of 12 young people to ask them about this. One by one, each person said, "No" and then each one got up and walked away. The four of us were left sitting there alone in silence. This was a first for me, and I think it was very unusual to my Mozambican brothers and sister as well.

But it was clear to us that the door to Gaza is closed for us at this time. This was sad, but we knew this was our answer, and we have decided to focus on Inhambane. 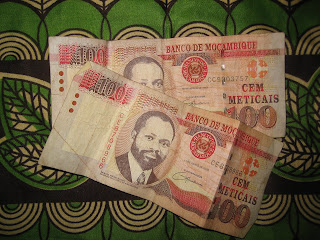 When we returned to Inhambane later that day, to the area of Nyadumbuque, something else happened that has never happened to me here before. Many churches thank us by offering us food. And of course food could have been eaten or sold for money, but I have never directly received money as a thanksgiving offering from a church here in Mozambique.

After visiting the church group in Nyadumbuque, the father and mother of the church leader, Germilindo, gave P. Abel and I an offering of 200 meticais (approx. $6.50). What a tremendous blessing to witness.

For all these things - difficult, and wonderful - we praise God for the work He is doing here, and how He allows us to be a part of it!

And here are a few random pictures from the road... 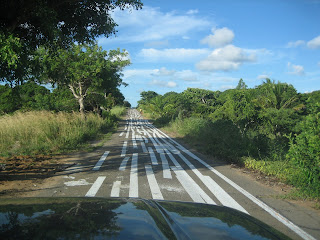 Some confusing lane markings we passed... 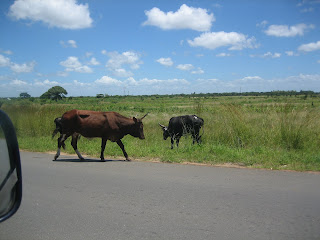 The lucky cow I almost hit... 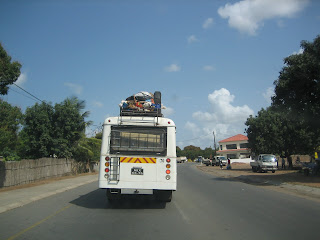 A goat getting a ride... A close up of the bus goat

Thank you for your partnership in prayer and support as I serve here in Mozambique!
Posted by Aimee Howarth at 2.3.11